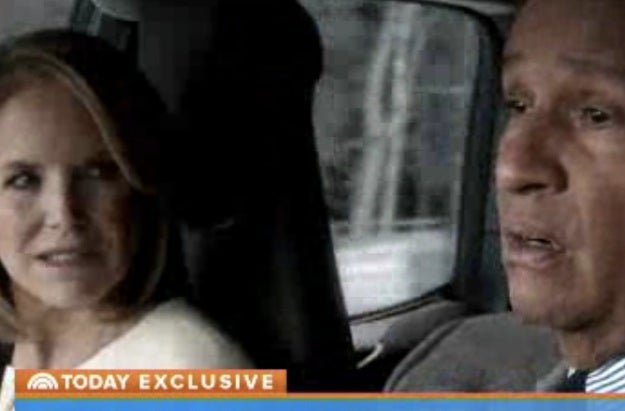 Katie Couric was back in her old stomping grounds Monday to talk about her upcoming Super Bowl ad with Bryant Gumbel.

Couric, who famously asked what the Internet was on the “Today” show in 1994, appeared on the morning show with her former co-anchor Matt Lauer to talk about her upcoming BMW Super Bowl commercial.

The ad plays off her and Gumbel’s 1994 segment — in which the pair tried to make sense of a new thing called the Internet — by showing modern-day Couric and Gumbel struggling to understand what an electric car is with the background music of Electric Avenue.

“You know me, I love to make fun of myself,” Couric said to Lauer.

Couric also revealed she doesn’t actually drive the new BMW i3: “I actually traded in my minivan recently — I got an Audi.”