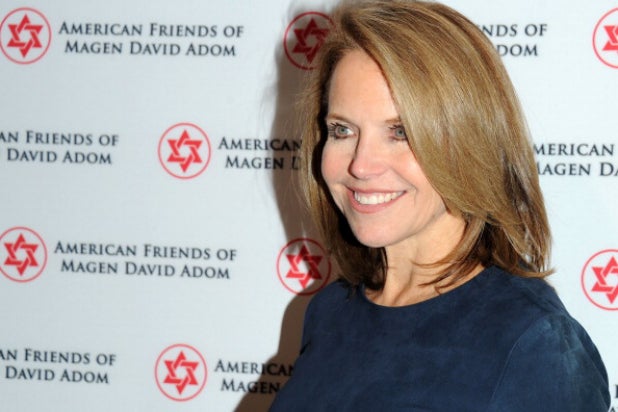 Katie Couric’s ABC daytime talker has officially been canceled, a widely expected move as the troubled show failed to break through to the “Ellen” and “Dr. Phil” ranks.

“Katie” will continue to run through June, Couric and Disney-ABC said in a mutual statement.

The joint statement read: “While production will continue on Katie’ through June 2014, we’ve mutually agreed that there will not be a third season of the show. We’re very proud of everyone’s contributions to making Katie the No. 1 new syndicated talk show of 2012-2013, and we look forward to the rest of the season.”

Recently, ratings had leveled off to decent — but not exemplary — numbers. For the week of Dec. 2, “Katie” had 2.267 million total viewers, down just 3 percent from the previous week. It had a 0.9 rating among women 25-54, flat with the previous week.

Last month, Couric said she was leaving ABC News for Yahoo to serve as the company’s new Global Anchor. That departure did not directly impact the separate deal that “Katie” falls under, though it was widely speculated that the syndicated talk show would not expand beyond a two-year run.

“Katie” was renewed in January for its second season. In Season 1, Couric scored the first on-camera interview with then-Notre Dame football star Manti Te’o, where he addressed the faked death of his fake internet girlfriend.