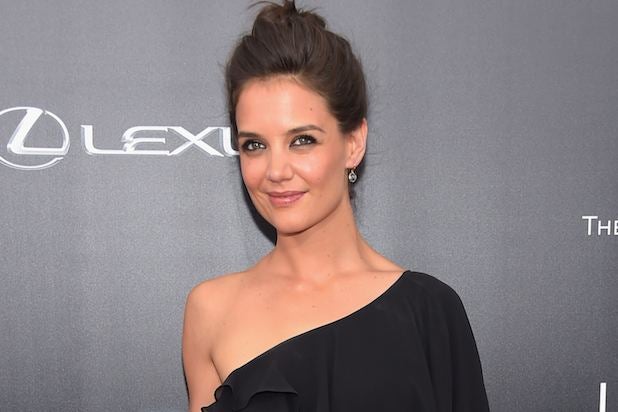 Way to be classy, Katie Holmes.

“Dawson’s Creek” alum Holmes extended social-media love to her former castmates Mary-Margaret Humes and John Wesley Shipp on Friday, after Humes lamented that she and Shipp were left out of a recent cast reunion.

Holmes, who played Dawson’s pal Joey on the series, hit up Instagram to post photos of Humes and Shipp, along with the message, “Mary Margaret and John were such a huge and important part of #dawsonscreek I am so grateful to have worked with them and experience their kindness.”

Also Read: 'Dawson's Creek' Mom Says She and Her TV Husband Were 'Blindsided' by Reunion: 'Such a Shame'

Hume and Shipp played the parents of Dawson Leery (James Van Der Beek) on the series.

On Thursday, following a cast reunion captured by Entertainment Weekly, Humes bemoaned on Instagram that she and Shipp were “blindsided” by the get-together, which she said happened “behind our backs.”

“Okay, so let me get this off my chest as the initial hurt has subsided just a bit,” Humes’ post began.

“I send an enormous amount of love and shout outs to the thousands of followers messages and [heart icon]’s that both @johnwesleyshippjr and I have read about being left out of @entertainmentweekly ‘s #dawsonscreek ‘reunion’ photos. This was their choice…not ours…it was done behind our backs and we both were literally blindsided by it when we woke up yesterday in NYC and LA.”

While Humes said that she and Shipp “both did a short telephone interview after the fact,” she added that they “were never told about the reunion.”

“For the portion of our family that did appear in these photos…congratulations…you look great and I love you,” Humes concluded. “I only wish I had been given the opportunity to have said it to your faces. Such a shame.”

Also Read: Sorry, 'Dawson's Creek' Fans, You Probably Won't Get a Reboot -- But You Might Get a 'Reinvention'

Mary Margaret and John were such a huge and important part of #dawsonscreek I am so grateful to have worked with them and experience their kindness ??’? #creekweek @thereal_marymargarethumes @johnwesleyshippjr