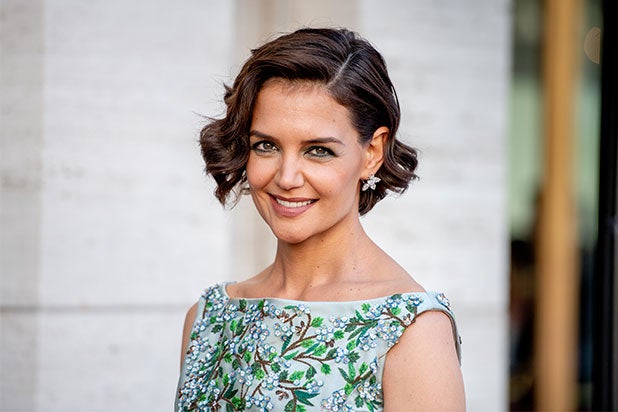 Katie Holmes has joined the cast of “The Boy 2,” STXfilms and Lakeshore Entertainment announced Tuesday.

“The Boy 2” will be a follow up to the 2016 feature, “The Boy,” which starred Lauren Cohan and Rupert Evans. William Brent Bell will return to direct the sequel.

Principal photography is set to begin in Victoria, British Columbia on Jan. 14, 2019.

Also Read: Jamie Lee Curtis' 'Boast' About 'Halloween' Gets Props From The Rock

“Following the success of ‘The Boy,’ we are thrilled to be working on the next chapter of this chilling Brahms story with Stacey and William,” Lucchesi said in a statement. “We are also delighted to be continuing our relationship with STX, on this, our third partnership.”

“The Boy” was produced for less than $15 million and grossed $68 million worldwide.

Holmes is best known for her role in the hit TV series “Dawson’s Creek,” which ran from 1998 to 2003. She then starred as Rachel Dawes in Christopher Nolan’s “Batman Begins,” and her other credits include “Ray Donovan,” “Jack and Jill,” and “Woman in Gold.” She recently directed the award-winning festival hit “All We Had,” which she also starred in opposite Luke Wilson. She will next be seen in the musical drama, “Coda,” alongside Patrick Stewart.

Holmes is represented by Untitled Entertainment and ICM Partners.