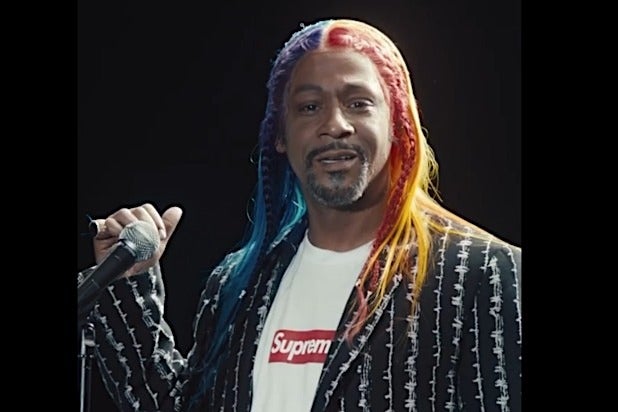 Alone in a darkened, empty room with nothing but a microphone and stand, standup comedian Katt Williams unloaded Sunday on the state of America and the world in 2020 in an Instagram commercial for skateboarding clothing brand Supreme.

Over the course of the six-minute video, Williams jumps from President Trump’s advice to treat COVID-19 with bleach to the global Black Lives Matter protests to the impact that the pandemic has had on countless families.

“If it doesn’t fit, it ain’t s—. And things in this world are starting to not fit. Right now, we have a perfectly suitable clown running the free world,” he said. “We got a guy who’s advice included things that no decent crackhead would tell you to do with a gunshot wound.”

During one emotional moment, he brings up Hart Island, an area in The Bronx used as a mass grave for disease-related deaths and unclaimed bodies and which was filled with thousands of victims of the AIDS epidemic in the ’80s and ’90s.

And, of course, he touched on the brutal murder of George Floyd.

“Because we can all agree breathing is important, we can all agree that you putting your knee on a man’s neck for eight minutes … It’s just murder,” he said. “It’s just televised murder. … I’m not gonna hide in a bunker, I’m on the front line with you.”

By the end, Williams admits that his speech really wasn’t a standup routine, but says he “kept most of the jokes in quarantine if you was looking for some laughs.”