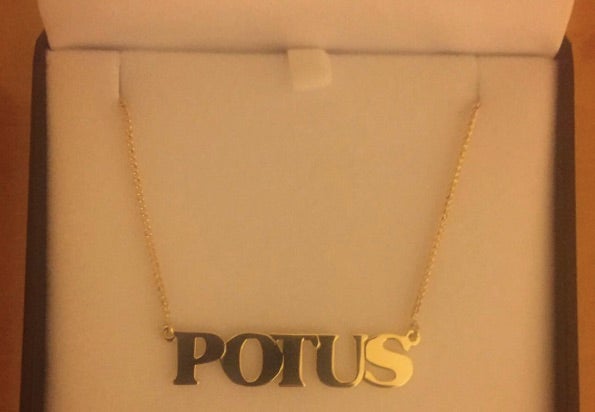 Katy Perry delivered more than a star-studded celebrity cameo for Hillary Clinton over the weekend — she came bearing gifts.

The pop star, who sang “You’re Gonna Hear Us Roar to 2016” on Saturday at a Clinton campaign rally, gave Clinton a very presidential 68th birthday gift.

Perry delivered the Democratic frontrunner a nameplate necklace adorned with the letters P-O-T-U-S (pictured above).

On Instagram, she wrote, “My birthday gift to fellow Scorpio, Hillary, says it all. ♏️ -Katy.” At the rally on Saturday, Perry told a large crowd: “I stand and I march with Hillary. I believe in her future.”

Watch the video of the Scorpio polls below