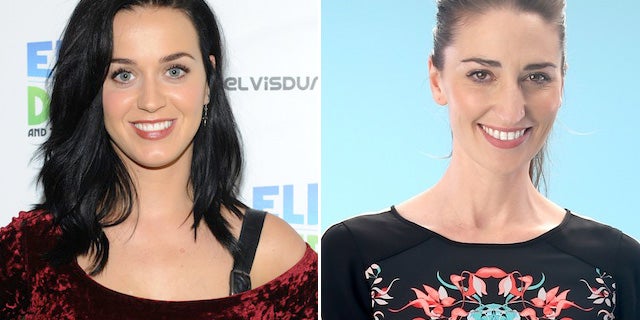 Katy Perry's leaked single is the least of her problems on Monday.

Fans are making a stink on social media about similarities between the new song, "Roar," to Sara Bareilles' "Brave."

Adding fuel to the fire is Perry's tweet in May in which she wrote, "I heart you @Sarabareilles" with a link to the former "The Sing-Off" judge's video for "Brave."

Is imitation the sincerest form of flattery in this case? Critics are pointing out the similarities in the melody, the use of piano and, of course, there is the empowerment messages in both anthems.

Here's a sample of what's being said on Twitter:

I'd quite like Sara Bareilles to sue Katy Perry for all she's worth but A) it probably wouldn't work and B) she's far too nice to do that.

Interesting similarities between the new Katy Perry song and @SaraBareilles song Brave. It's a total ripoff of Brave. Sara B >>>>> KP

These kind of comparisons have occurred before. In fact, Lady Gaga – whose new single was also leaked over the weekend – had been accused of copying Madonna's hit "Express Yourself" with "Born This Way."

Compare "Roar" to "Brave" for yourself below.