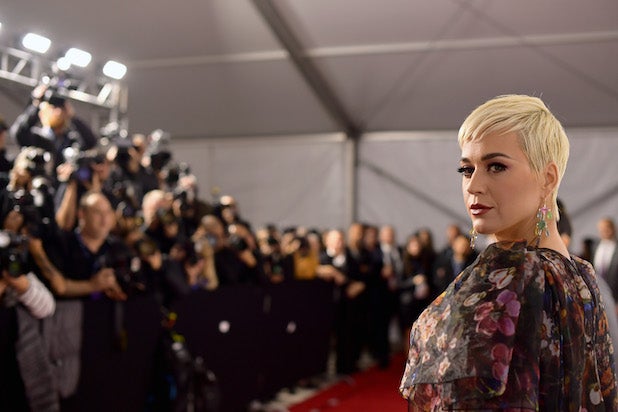 Katy Perry’s shoe label has pulled two of its designs from its site Monday after sparking criticism on social media for invoking blackface imagery.

“The Rue and The Ora were part of a collection that was released last summer in 9 different colorways (black, blue, gold, graphite, lead, nude, pink, red, silver) and envisioned as a nod to modern art and surrealism,” Perry said in a statement. “I was saddened when it was brought to my attention that it was being compared to painful images reminiscent of blackface. Our intention was never to inflict any pain. We have immediately removed them from http://katyperrycollections.com.”

TMZ reported that retailers Dillard’s and Walmart have also pulled the offending styles from their store Monday.

The styles in question, the Rue Face slip-on loafer and the Ora Face block-heel sandal, were selling for $129 and come in three colors: black, beige and gold.

Reps for Dillard’s and Walmart did not immediately respond to TheWrap’s request for comment Monday.

Perry’s label also is sold by Macy’s, Zappos and Amazon but the shoes in question are not available on their sites. A rep for Macy’s told TheWrap the company does offer Perry’s shoe line but has not carried the two designs in question.

The shoes have caused a stir online, with many wondering how the shoes got made in the first place.

Another person added: “Ignorance is Never A [sic] fashion statement. Apology NOT accepted.”

The backlash over Perry’s kickers comes just days after Gucci pulled a turtleneck  from its website after similar criticism. And in December, Prada also came under fire for similar reasons.

Katy Perry 'Blackface' Shoe to Be Pulled from Shelves

Ok, can we just make this a rule that ANY product, service or person that is NOT Black will NOT create, promote or apply any combination of BLACK + FACE

Katy Perry 'Blackface' Shoe to Be Pulled from Shelves. – UGH… ANOTHER ONE!! #LostMongrels have absolutely NO handle on their ignorance! https://t.co/QZfZ0vSILx

@katyperry are you actually serious right now?! blackface on a SHOE?? what is WRONG with you pic.twitter.com/x3J6ZKPvxc