“As a fan of The Vampire Diaries universe myself, I am so grateful to the fans and will love them always and forever for welcoming and accepting me into this world,” Bryant wrote in an Instagram post Thursday, following the airing of the final episode of “Legacies” featuring her as a series regular. “Josie has helped so many beautiful humans feel comfortable in their sexuality, and I hope her legacy lives on so that one day everyone feels free to love whoever they want regardless of gender.”

Set in The Salvatore Boarding School for the Young & Gifted, and within “The Vampire Diaries” universe, The CW’s “Legacies” debuted in 2018 and is currently in its fourth season. The show tells the ongoing story of a new generation of supernatural students as they learn what it means to be special in a society that wouldn’t understand their gifts. 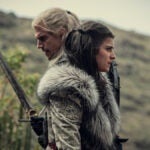 Also Read:
‘The Witcher’ Season 1 Recap: The Refresher You Need Before Watching Season 2

“While it’s heartbreaking to say goodbye to such a beloved Super Squad member, we wish Kaylee happiness and success,” Plec and Matthew said in a statement obtained by TheWrap Friday. “We look forward to watching her career grow in the future, and our door at “Legacies” will always be open to her, because the world is simply a better place with Josie Saltzman in it.”

“Legacies” hails from Warner Bros. Television and CBS Television Studios in association with My So-Called Company.