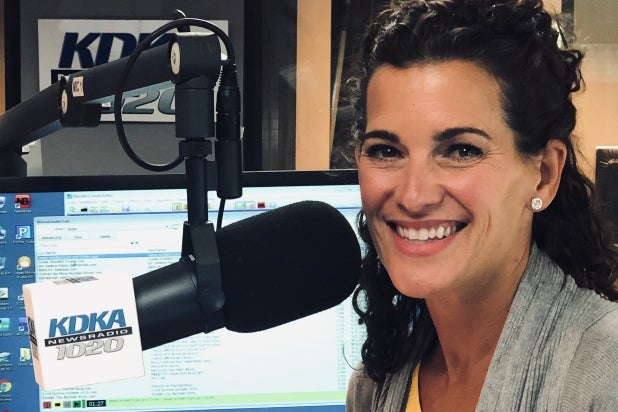 Pittsburgh-based conservative radio host Wendy Bell was taken off the air Friday after comments she made about shooting people defacing monuments back in June resurfaced this week.

“We take very seriously our responsibility to provide a platform for our communities to engage in diverse and meaningful dialogue, debate and the right to freedom of speech, we do not condone the incitement of violence on any of our platforms. Members of our community have recently brought to our attention comments made by Wendy Bell that do not align with Entercom’s values. Wendy has been taken off air until further notice. Entercom Pittsburgh remains steadfast in our commitment to inclusive conversations that engage everyone in Pittsburgh while excluding any form of violence.”

According to the Pittsburgh City Paper, Bell advocated that park rangers shoot people defacing monuments or pulling down in protest of social inequality during a June 26 episode of her radio show.

“My easy solution for the park rangers and hopefully snipers who are hopefully going to be watching for this, is to shoot on sight. [Shooting noise] Shoot. Done,” Bell said during the episode. “No more messing with monuments. You wanna mess with a monument? Done.”

On Thursday, Breadworks Bakery said it was pulling its advertising from Bell’s show.

“On Tuesday, one of our KDKA Radio advertisements appeared during a segment of Wendy Bell’s afternoon shows,” the bakery’s statement on Facebook read. “We were shocked and saddened by her comments. BreadWorks does not condone violence. This is why we will not be advertising on her show any longer.”

Entercom has not said if or when Bell will return to the air. According to her Facebook page, Thursday marked the one-year anniversary of her radio show.