Netflix has released the first trailer for its new documentary series “The Keepers,” which seeks to uncover the story behind the death of Baltimore nun Sister Cathy Cesnik in 1969.

The seven-part series about this unsolved murder follows the people who knew her, journalists, government officials, and regular citizens — in a quest to solve the crime. This includes diving into the Baltimore Archdiocese, the Archbishop Keough High School where Cesnik worked, and allegations of clergy abuse.

The people interviewed in the documentary believe that Cesnik was murdered to silence her, since she believed a priest at the school was guilty of sexual abuse.

“The priests were the authority. Whatever they told you to do they did,” said one person in the documentary.

Cesnik was a 26-year-old nun and schoolteacher who went missing. Her body was found in a garbage dump a week after she was reported missing.

The end of the trailer does a good job of summing up what we can expect from the series: “The story is not the nun’s killing,” says one of the subjects. “The story is the cover-up of the nun’s story.”

“The Keepers” is directed by documentary filmmaker Ryan White, best known for “Serena” and “The Case Against 8.” In a statement provided by Netflix, he said the government and religious institutions involved “at best, dropped the ball over the last 45 years – and, at worst, covered it up.”

Netflix also released a full poster for the series, which you can check out below. 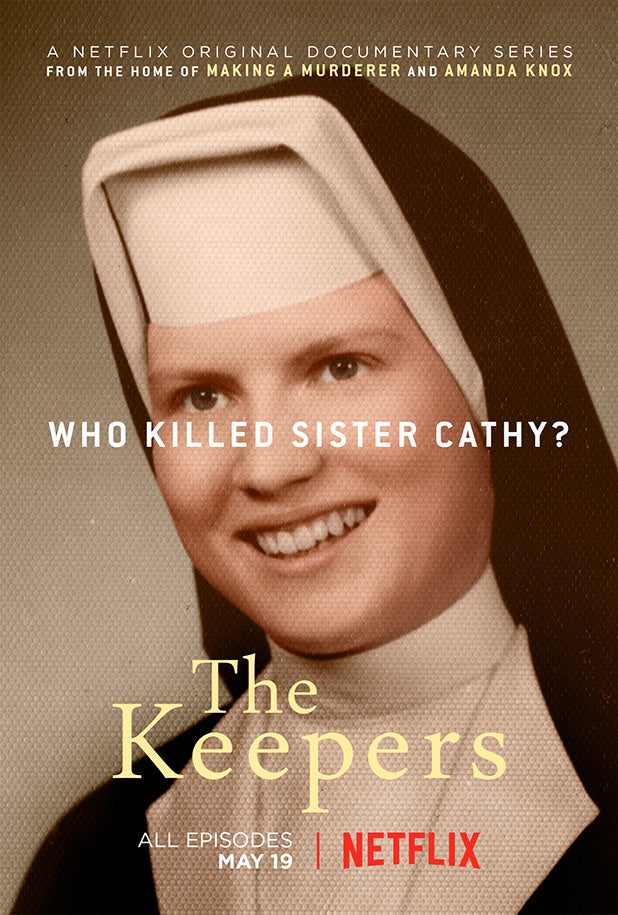 “The Keepers” will premiere on Netflix May 19.