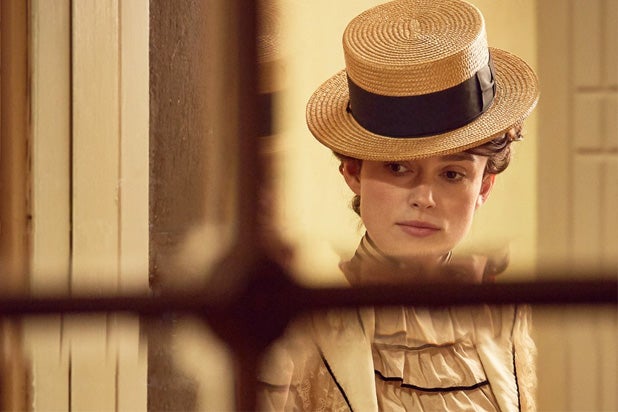 Keira Knightley’s period drama “Colette” has sold to Bleecker Street and 30West in a seven-figure deal, TheWrap has learned.

In the first big deal of this year’s Sundance Film Festival, the companies will team up to acquire rights to director Wash Westmoreland’s biopic of the early-20th-century French novelist best known for works like “Gigi.”

The film follows Knightley’s Colette as she writes her loosely autobiographical Claudine novels, which become huge best-sellers in Paris, but begins increasingly frustrated since her domineering husband (Dominic West) takes authorial credit. Eventually she sets out on her own transgressive adventures without her husband.

Westmoreland, whose previous films include “Quinceañera” and “Still Alice,” co-wrote the script with Rebecca Lenkiewicz and the late Richard Glatzer.