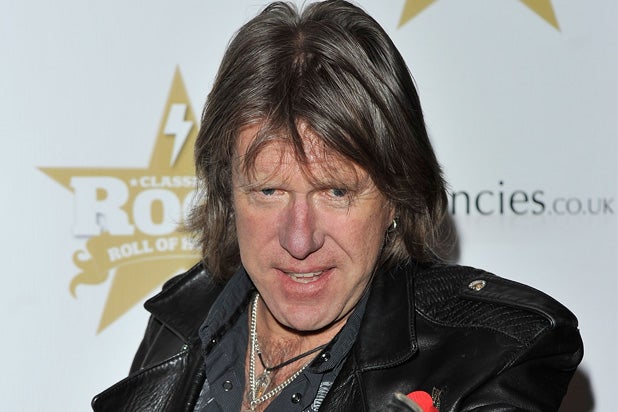 I remember sitting in an entry-level Music Appreciation class at Cal State Northridge in the mid-1970s. For one hour, three times a week, I would find a seat in the back of the auditorium to catch a short nap while professor and Los Angeles Opera baritone Terry Bowers would intone through discussions of iambic pentameters and how a fugue differed from a rondo. The percussive sounds of snores and wheezes as other students joined me in rhythmic power napping ended on the day that he introduced us to Emerson, Lake and Palmer’s rendition of Modest Mussorgsky’s “Pictures at an Exhibition.”

Our brains clicked like the tapping of a conductor’s baton as it alerts the orchestra. We heard a rock trio translate a classical piece into something contemporary and relevant to the music that we were brought up with. The Beatles had just hinted at the direction that rock was going. This album nailed it. Immediately after class, instead of hitting up the local Cupid’s Hot Dogs, I drove straight to Mays Music Mart and bought the album. For the next 40-plus years, that album would be on heavy rotation, and the keyboardist who blurred those lines between rock and classical would become a huge part of my and millions of others’ growing musical appreciation and experience.

Keith Emerson was a god who proved himself mortal. Keith ended his life on the evening of March 10, 2016, by his own hand. According to his longtime companion and fianceé Mari Kawaguchi, he was despondent over a recurring degenerative nerve injury that had seriously limited his virtuosity.

I knew Keith briefly, intermittently — I was a fan that designed his first website, and in the tumult of those precarious celebrity/mortal relationships where the bounds and limits of appropriateness often bridged clumsily, I came to know a man who sincerely loved his fans.

As I write this, about 30,000 feet in the air as I head back to Los Angeles, I see his name on the CNN breaking news crawl. Keith would have chuckled at this newfound and resurgent fame. And now, I can’t help but turn my attention to take a look out of the United plane’s window down at the clouds, hoping for a glimpse, or an imagined sighting of Keith. I know he’s out there, hopscotching the cumulus as he did many times flying solo in a Cessna 152, or maybe somersaulting the topsy-turvy “Flying Steinway Grand Piano” that my friend Karen’s father, a special-effects designer, built for him. There was no CGI back then. No holograms. Just Keith, strapped in and tumbling as he put it “arse over teakettle” strapped into a huge piano that seemed to fly over our heads at Cal Jam all those years ago.

Keith Emerson was a musical genius whose humanity and empathy were refreshingly uncharacteristic of the airs and graces of fame. Keith was no Kanye. Keith embraced you with genuine interest and concern. This is the Keith Emerson that I remember. Keith was the multi-dextrous keyboardist that took the stage, dwarfed by the monolithic modular Moog that was built for him by Professor Robert Moog himself.

Keith soared musically. He was the prototypical yet unassuming rock icon who won the Playboy Musician Awards year after year. Although Keith wrote the book on progressive rock music, he would give all the credit to his own Gods by the name of Brubeck and Monk.

Come to think of it, there was no “progressive rock” before Keith Emerson. He morphed from a Hendrix-like organist to a classical composer of distinction. Keith would stab knives into his splintered Hammond B3, and then, while the wounded keys and processors fed back into the amplifiers, he would ride that Hammond until finally, trapped beneath it, Keith would reach up and play Bach’s “Toccata and Fugue in D Minor.” The next tour would showcase the grandeur and bombast of Keith’s “Piano Concerto No. 1,” with an accompanying 40-piece orchestra that toured as long as the band’s credit cards didn’t max out.

“You know, Richard, the Japanese have a custom where the elderly are taken up the mountain by the children as a last rite of respect and honor,” Keith spoke slowly, deliberately as he told me this. “It seems that what you and your friends are doing is exactly that. You are carrying them up the mountain. ”

The next day, I got an e-mail from Keith with an attachment of a piece of music. The email read “I’m thinking of you and the old folks. Here’s something you can play for them.” I clicked on the sound file, and even now I am choking back the tears. Keith had sent one of the most beautiful piano pieces that I had ever heard. We did use it on the Saving The Lives Of Our Own website. I remember it was used to celebrate our own Thanksgiving for the elderly, and it was signed “love from Keith and Mari.”

In a heart-wrenching statement, Mari spoke through Facebook: “Where are you. Please come back. I cannot think of a world without you.” Depression is the great leveler, a darkness that is shared by the famous, and the not-so-famous. Keith’s love for his fans did him in. He could not bear to let anyone down. I can imagine that his last thought might have been a wish for forgiveness. We, who continue to live, will continue to forgive. Keith was great on forgiveness, as I know so well. Keith Emerson will live on in our hearts, our minds, our ears for generations to come.