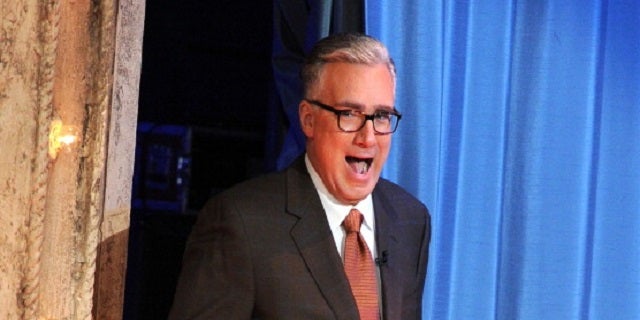 Keith Olbermann is returned to ESPN with a daily late-night talk show that will premiere on ESPN2 on Aug. 26, ESPN announced Wednesday.

The new offering, titled simply "Olbermann," will air Monday through Friday at 11 p.m. ET from ABC's Times Square studios in New York. It "will focus on the day's relevant sports topics through a mix of perspective and commentary, interviews, contributors, panel discussions and highlights," ESPN said.

Also read: Keith Olbermann: 'Every One of My Jobs Have Lasted at Least One Month'

This marks Olbermann's return to the ESPN fold, after co-hosting ESPN's "SportsCenter" from 1992 to 1997. The move comes as Fox prepares to launch its new sports channel, Fox Sports 1, on August 17.

Further details about "Olbermann" will be released in the coming weeks. The maiden episode will air following U.S. Open tennis, and the show will often immediately follow live events on ESPN2.

Olbermann, who's developed a reputation for being outspoken about politics, heads back to ESPN with a new two-year contract that forbids him from talking about politics, the New York Times reports.

He's also developed a habit of drifting from network to network, including CNN, MSNBC, Current TV and, most recently, TBS, where he signed on to host that network's MLB post-season coverage.

Olbermann said that he's "overwhelmed" by the opportunity to come back to ESPN.

“Apart from the opportunity to try to create a nightly hour of sports television that no fan can afford to miss, I’m overwhelmed by the chance to begin anew with ESPN," he said in a statement. "I’ve been gone for 16 years and not one day in that time has passed without someone connecting me to the network. Our histories are indelibly intertwined and frankly I have long wished that I had the chance to make sure the totality of that story would be a completely positive one. I’m grateful to friends and bosses – old and new – who have permitted that opportunity to come to pass. I’m not going to waste it."

Calling Olbermann a "one-of-a-kind personality," ESPN president John Skipper added that Olbermann — who's worked at numerous outlets in stints of varying lengths since departing ESPN — "brings a blend of editorial sophistication and unpredictability — you can never be sure what you’ll get. Olbermann on ESPN2 gives viewers the quality late-night complement to ESPN’s 'SportsCenter' in the same way we’ve developed distinct show options across our networks the rest of the day."

In March, a report surfaced that Olbermann was eager to return to ESPN, and had dinner with Skipper, but Skipper told the New York Times, "After the dinner, at that point, there was no real appropriate place for Keith to come back, nor did I feel like I was prepared to bring him back."