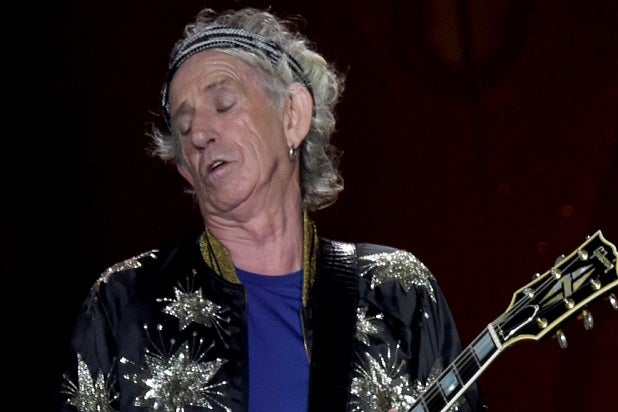 Keith Richards’ Trash-Talk Tour 2015 has made another stop.

After calling the Beatles’ 1967 album “Sgt. Pepper’s Lonely Hearts Club Band” — regarded by some as a classic entry in the rock canon — as “rubbish,” Richards has now taken aim at heavy metal legends Black Sabbath and Metallica, rap music in general and, yup, the Beatles again.

In a new interview with the New York Daily News, Richards opined, “Millions are in love with Metallica and Black Sabbath. I just thought they were great jokes.”

Richards went on to dismiss rap as “so many words, so little said” and added, “What rap did that was impressive was to show there are so many tone-deaf people out there.

“All they need is a drum beat and somebody yelling over it and they’re happy,” Richards told the News. “There’s an enormous market for people who can’t tell one note from another.”

Circling back to the Fab Four, Richards took a pot shot at the Beatles’ historic show at Shea Stadium in 1965.

“As a band, they weren’t in sync with each other,” Richards pooh-poohed.

But the final straw for Richards as far as John, Paul, George and Ringo were concerned was their 1967 visit with guru Maharishi Mahesh Yogi.

Also Read: Keith Richards Writing a Children's Book -- No, That's Not a Joke

“When it got to Maharishi, I gave up,” Richards offered.