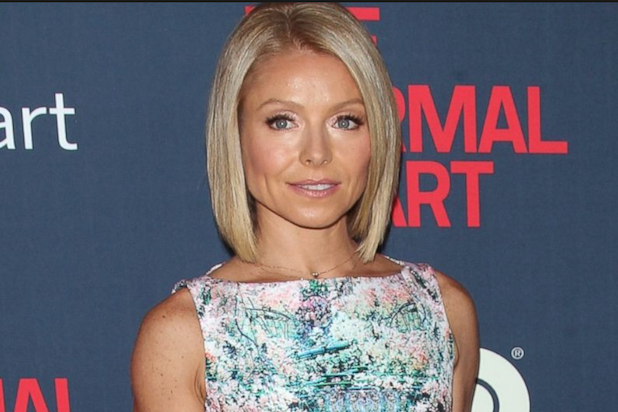 The cohost of “Live With Kelly and Michael” emailed staffers late Friday night to tell them she would return to the set Tuesday, nearly one week after the announcement that co-host Michael Strahan would move to “Good Morning America” in September.

“I wanted to thank you all for giving me the time to process this new information,” the daytime talk star wrote in a brief note. “Your kindness, support and love has overwhelmed me.

“We are a family and I look forward to seeing you all on Tuesday morning,” she concluded, signing the email, “Love, Kelly.”

Ripa disappeared from the air on Wednesday, the day after ABC bosses revealed their plans for Strahan. The former NFL star continued on the morning show, appearing with guest co-hosts.

Ripa was said to be upset that she was not given more notice about the switch and, according to insiders, believed that the network was putting a higher priority on “GMA” than “Live.”

Executives then found themselves in a tense stand-off with the star, who had not made it clear exactly when she might return, with the ultimate fate of “Live” hanging in the balance.

Ripa may have been shrewdly playing the cards for her own advantage. “She is being smart by milking this for all that she can get out of it,” one daytime producer who spoke on condition of anonymity told TheWrap on Friday afternoon.

For now, it looks as if Ripa has decided she has enough.