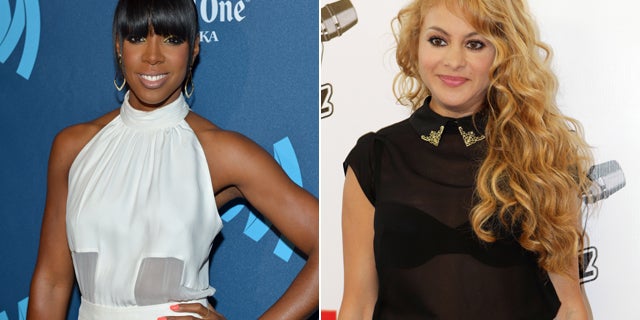 Kelly Rowland and Paulina Rubio are nearing the close of their deals to judge on Fox's "The X Factor," an individual with knowledge of the negotiations told TheWrap.

The official announcement is expected on Monday. Fox declined to comment.

The Destiny's Child member and Mexican actress and singer would replace Britney Spears and L.A. Reid on the judging panel.

The show has changed its strategy since Season 2, the insider told us. Instead of casting judges on merely name alone, it also looked at chemistry with returning judges Demi Lovato and judge and executive producer Simon Cowell.

Rowland would bring with her the experience she gained from judging on the eighth season of "The X Factor UK." She has also hosted Bravo's "The Fashion Show."

In addition to the many hits as part of Destiny's Child, the 32-year-old has sold more than 24 million albums worldwide as a solo artist. She has also been featured on top hits with rapper Nelly and DJ David Guetta. Her new solo album, "Talk a Good Game," releases on June 18.

Rubio has sold more than 20 million albums worldwide. The 41-year-old brings with her the experience of coaching "The Voice Mexico" and Telemundo's upcoming Spanish-language "The Voice Kids."

As we previously reported, Mario Lopez will return to host on Season 3 without co-host Khloe Kardashian.

Season 3 is set to begin shooting auditions on Tuesday in Charleston, S.C.

EW was the first to report the negotiations.