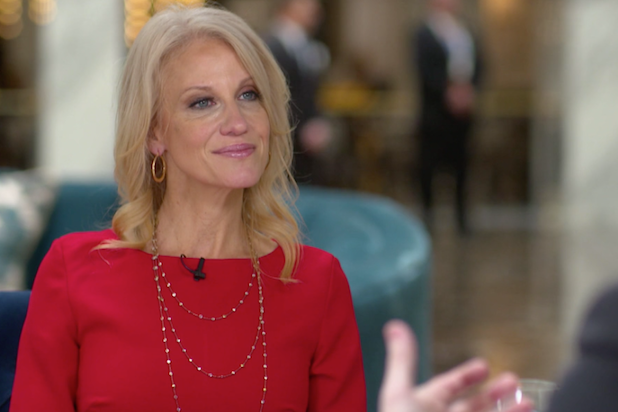 It’s definitely not an alternative fact that Presidential Advisor Kellyanne Conway’s skill at coining a phrase is matched only by her skill at employing the concept embodied by the phrase. She proved as much tonight during an appearance on “Hardball with Chris Matthews”, when she demonstrated just what “alternative facts” really are.

On hand to discuss Presidential Power, Conway was called upon to defend Donald Trump’s controversial travel ban against citizens of several majority-Muslim nations. Conway did so by reminding viewers of an earlier, devastating terror attack in Bowling Green, Kentucky committed by two citizens of one of the countries covered by the ban.

The only problem? The attack never actually happened.

As it happens, that was brand new information to people, since, as we said, no such attack ever happened. Cue Twitter, which had a field day mocking both Conway, and the fictitious “Bowling Green massacre.”

“Thank you, @KellyannePolls for reminding us about the famous Bowling Green Massacre, which occurred on February 30th at 13:00,” said “Adam Ruins Everything” writer Mike Drucker.

See some of the more hilarious tweets below.

We are
The Bowling Green
Fabrication Society pic.twitter.com/QPnbGWeKgj

Next week Kellyanne Conway will announce that the US is launching air strikes in Agrabah, because it's time Jafar was brought to justice

It's weird that Kellyanne Conway is adopting so many Dalmatians.

Thank you, @KellyannePolls for reminding us about the famous Bowling Green Massacre, which occurred on February 30th at 13:00.

Kellyanne Conway's comment about the #BowlingGreenMassacre was disrespectful to all who died that day, myself included.

Kellyanne Conway: Refugees have committed many crimes, such as the, uhhh *looks around, sees Coachella poster* Brian Jonestown Massacre

The Bowling Green Massacre was the worst tragedy on American soil since the Alice's Restaurant Massacree. #alternativefact

Bowling Green Massacre is real. One of its survivors went on to pursue revenge, leading to the General Tso's Genocide. #alternativefact

Finding these Bowling Green Massacre jokes to be a little too soon. Out of respect, we should wait until it takes place.