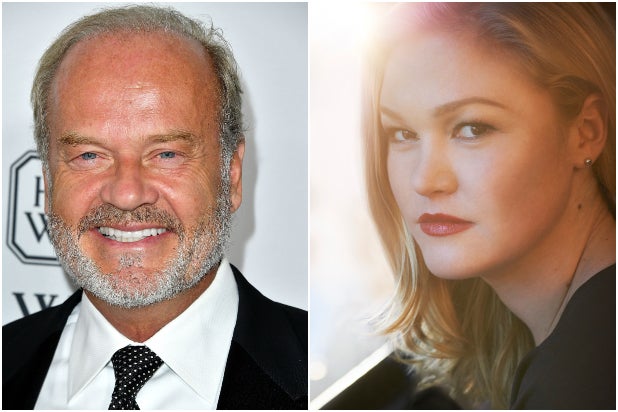 Kelsey Grammer and Julia Stiles are set to star in “The God Committee,” a medical thriller from writer and director Austin Stark. Paper Street Films, Phiphen Pictures and Crystal City Entertainment announced the casting on Thursday.

Colman Domingo, Janeane Garofalo and Dan Hedaya will co-star in “The God Committee,” which is currently shooting in New York.

“The God Committee” is a look into the U.S. organ transplant system, seen through the eyes of those personally involved and affected by it. The story moves between two timelines: In one, a donor heart is being flown to a NYC hospital, and a transplant committee has an hour to decide which patient deserves the life-saving organ. The other, which takes place six years later, explores the impact of that one decision.

“The worldwide organ shortage continues to devastate families from all walks of life. I feel honored to be working with such an incredible ensemble – anchored by Kelsey, Julia, Colman, Janeane and Dan – in my quest to humanize the transplant system and bring faces to the statistics,” Stark said in a statement.

Stark made his directorial debut with the political drama “The Runner,” starring Nicolas Cage, Sarah Paulson and Peter Fonda. He’s also a producer on “Infinitely Polar Bear,” and “Happythankyoumoreplease.” Stark is represented by Brian Levy at Pulse Films.

Grammer most recently starred alongside Kristen Bell in Netflix’s “Like Father.” He’s represented by UTA and LINK Entertainment.

Stiles will next be seen in season 2 of “Riviera” premiering on Sky and Sundance Now. She has also recently been cast in “Hustlers” opposite Jennifer Lopez and Cardi B. Stiles is represented by The Gersh Agency and Untitled Entertainment.