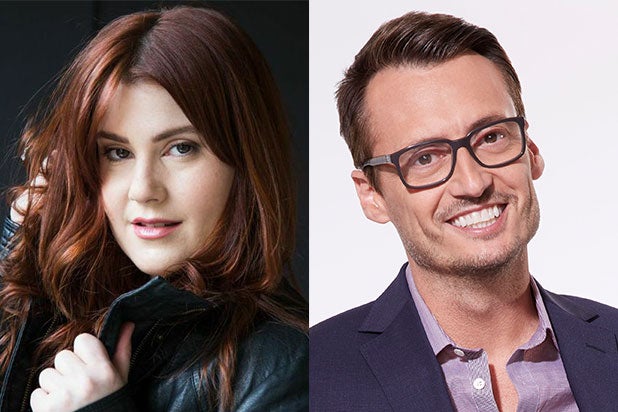 Actor/director Stefanie Black has signed on to direct the film adaptation of E! News correspondent Ken Baker’s novel, “How I Got Skinny, Famous and Fell Madly in Love,” TheWrap has learned.

Black is set to co-adapt the story for the screen along with Baker. The award-winning novel follows plus-size teen Emery Jackson, who is convinced to star in a reality show featuring her effort to lose 50 pounds in 50 days.

“Growing up a young woman struggling with body image, there weren’t characters on TV or in films that I could identify with,” Black said in a statement to TheWrap. “When I read Ken’s book, I was immediately drawn in by the voice of Emery Jackson. I felt like I was hearing myself as a teenager and I knew that her story was one that I was supposed to tell. Emery is strong and funny, she’s not afraid to say what she thinks and I completely identified with her. I think so many young women will too.”

Baker added, “Stefanie brings the perfect blend of passion and insight to the story, which has an important message about the pressures women face, but it is also told with a funny, ironic tone. Stefanie gets both sides of that equation.”

Black had her directorial feature debut earlier this year with “Wild Man,” which she co-wrote and co-directed. She previously recurred on the Phil Lord and Christopher Miller Fox comedy, “Making History.” Next, she can be seen on the Netflix comedy, “Disjointed,” which will premiere August 25. She has also starred on episodes of “Scandal,” “House of Lies” and “Grey’s Anatomy.”

Baker’s memoir, “The Late Bloomer,” was adapted into a feature film last year and was released in theaters and on Netflix. It starred Johnny Simmons, J.K. Simmons, Brittany Snow, Maria Bello, Jane Lynch and Paul Wesley. His upcoming book, “The Ken Commandments: My Search for God in Hollywood,” hits shelves on Sept. 12.

Actor on E! drama stops by TheWrap for an interview and photo session