In his treatment and manipulation of Venezuelan migrants as “political pawns,” Ken Burns sees similarities in the actions of Florida governor Ron DeSantis and those of Hitler in Nazi Germany. “This is coming straight out of the authoritarian playbook,” Burns said.

Joining CNN’s John Berman Thursday morning to discuss his new documentary “The U.S. and the Holocaust,” Burns took aim at the Florida governor for flying two planeloads of Venezuelan migrants to Martha’s Vineyard this week, calling it a “disturbing” play of political theater. 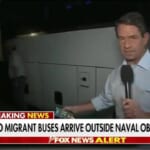 “All of your documentaries are about history,” Berman began, “but all of them also make you think about where we are. We woke up to the news this morning that Gov. Ron DeSantis of Florida sent two planeloads of migrants to Martha’s Vineyard off the coast of Massachusetts, including kids and whatnot. And I’m not saying, this is not a 1-for-1, this is not a parallel here in any way, but it does address some of the same themes that are part of this documentary.”

“Well, it’s the abstraction of human life. It’s basically saying that you can use a human life that is as valuable as yours or mine or Lynn’s and to put it in a position of becoming a political pawn in somebody’s authoritarian game. This is coming straight out of the authoritarian playbook,” he said.

The documentarian then pointed to other instances in DeSantis’ governance that has highlighted his refusal to participate in the democratic process.

“This is what’s so disturbing about DeSantis, is to use human beings, to weaponize human beings for a political purpose – it’s like when somebody disagrees with him in Florida, like the Walt Disney Company, he punishes them,” Burns continued. “This is not the actions of a person participating in a democratic process in which there’s an exchange of ideas. This is about punishing political enemies, putting on shows, political shows, political theater. And in this case, this is with the lives of human beings.”

Bringing it back to his latest project with Novick, Burns agreed that the themes he explores through history are very resonant today, for better or worse.

“What we find in our all films is that the themes that we engage in the past are present today,” he concluded. “And so when you look at the story that we’re telling of the U.S. and the Holocaust, you understand that the time to save a democracy is before it’s lost. We promise you.”

Watch Burns’ CNN interview in the video above. 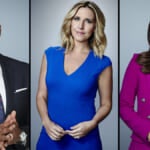