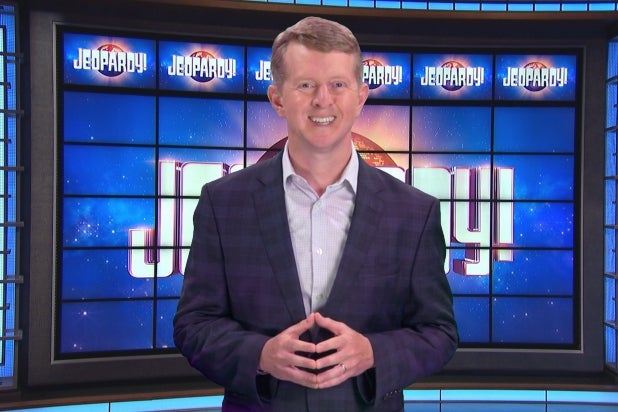 Ken Jennings’ stint guest-hosting “Jeopardy!” drew a 6.2 rating in Week 1, down about 5% from the same week last year. It topped all of syndication in ratings, according to Nielsen. The former champion was the first to host episodes of the Sony TV quiz show following the passing of Alex Trebek.

The comparable week in early 2020, episodes that were obviously hosted by Trebek, drew a 6.5 average rating.

Also Read: Who Is Dave Chappelle? 'Jeopardy!' Fans Shocked After All 3 Contestants Failed to Recognize Him

For the previous week, Trebek’s final one, “Jeopardy!” averaged a 6.6 rating and 11.1 million viewers. That means Jennings’ run of five shows ticked down 6% in ratings week to week — both of those are relatively minor declines in the current TV landscape.

“Judge Judy” experienced some preemptions due to congressional debate over impeachment of President (still, at the time) Donald Trump.

Also Read: Inside Late-Night Ratings Shakeup in Trump Era - Can Fallon Bounce Back Under Biden?

Originally, Trebek’s last “Jeopardy!” episode was supposed to air on Christmas Day, but “due to anticipated preemptions” around the holidays, his final week of episodes was pushed back “in order to give his millions of fans a chance to see his final appearances,” according to Sony.

Trebek’s final “Jeopardy!” episode aired on Friday, Jan. 8. It was a sad occasion but a great success in TV ratings, drawing the most viewers — 14 million — in 419 days. That’s when James Holzhauer’s incredible winning streak came to an end.

On a whole, Trebek’s final week grew 29% in ratings from the previous one, reaching a season-high.

Trebek passed away after a long and public battle with cancer on Sunday, Nov. 8.

Jennings’ first episode behind the podium aired on Monday, Jan. 11. Jennings holds the “Jeopardy!” records for wins and cash prizes. He also won the show “Greatest of All Time” tournament.