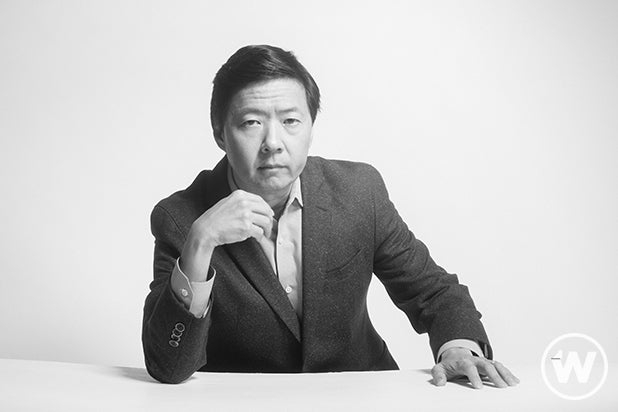 Actor and “The Masked Singer” judge Ken Jeong donated $50,000 to the families of five of the eight victims in the Atlanta-area spa shootings.

The comedian made five donations in his own name, each worth $10,000, to the families of Soon Chung Park, Hyun Jung Grant, Suncha Kim, Xiaojie Tan and Young Yue, NBC News reported. Each of the families has an active GoFundMe page accepting donations for memorial services, and in some cases, transport of the relatives and their family members’ remains to be transported back to their native countries.

Jeong, who starred in “The Hangover” and “Community,” has been vocal on social media after the attacks in Atlanta. Yesterday, he reposted a video on Twitter of actress Sandra Oh leading a chant during a Stop Asian Hate rally in Pittsburgh, Pa. Oh told the crowd to proclaim, “I am proud to be Asian,” and that’s what Jeong captioned his video.

Jeong was also tweeting out the links to the fundraisers today, and encouraging people to donate. “Guardians of the Galaxy” director James Gunn replied to one of Jeong’s tweets noting he also donated. GoFundMe also created a separate campaign called #StopAsianHate, which routes donations to the AAPI Community Fund.

Last week Jeong shared a Fox-produced video in which he and other Asian-American actors, including “Prodigal Son” stars Keiko Agena and Lou Diamond Phillips encouraged people to speak out against hate against Asian Americans and Pacific Islanders.

“Enough is enough. Stop the pandemic of hate,” Jeong said.

Some of the Atlanta shooting victims’ families have raised several million dollars via GoFundMe since the attack. The family of Hyu Jung Grant, who died at age 51, raised over $2 million after requesting $20,000 help to pay for funeral expenses.

“I’ve never had a good understanding how much money was worth, but every cent of it will be used only in pure necessity,” Grant’s son Randy Park told SFGate.