A drama about the Iraq war by British filmmaker Ken Loach is a last-minute entry to competition for the festival’s Palme d’Or. 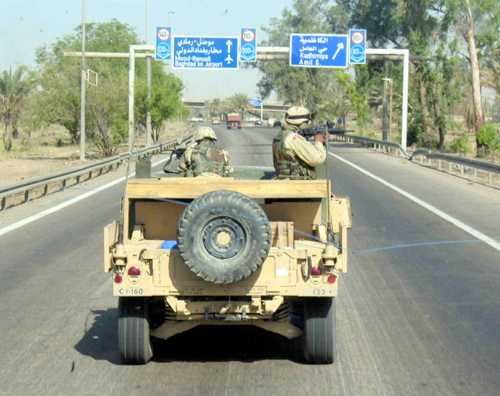 "Route Irish" is named for the most dangerous stretch of road in Iraq that leads from the airport into central Baghdad. It focuses on two British mercenary soldiers in Iraq. One is killed in mysterious circumstances and his colleague rejects the official explanation and tries to find out what really happened.

Loach, known as a filmmaker-champion of the working won the top prize at Cannes in 2006 with "The Wind That Shakes the Barley," about Ireland’s fight for independence from British rule.

Last year he brought a whimsical comedy called  "Looking For Eric," about a dejected Manchester postman who spent his time having phantom conversations with ex-soccer star Eric Cantona.

Loach joins his colleague Mike Leigh in this year’s competition whose film, "Another Year, is also among the 18 in the main festival bar.

The decision came so last-minute that it still hasn’t been added to the festival’s website – hence, no official photo. (This one found on the web.)