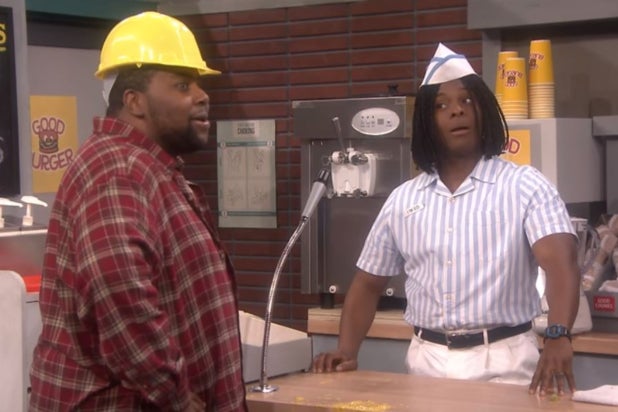 Kenan Thompson and Kel Mitchell are coming to back to Nickelodeon for an episode of the revived game show “Double Dare.”

“I am so excited to be playing on ‘Double Dare’ and for whole new generation of kids to experience this iconic game show,” Mitchell told EW. “This episode will be double special because Kenan and I will be playing against each other and we are both huge fans of ‘Double Dare!’ I can’t wait to see the super talented Liza Koshy rock it as the new host!”

Thompson and Mitchell starred on a pair of Nickelodeon shows in the 1990s, first its “SNL”-like sketch comedy series, “All That,” and “Kenan & Kel.” The duo also starred on the big screen in “Goodburger,” which was based off an “All That” sketch. Since then, Mitchell has stayed largely out of the public eye, while Thompson has been a mainstay on “SNL,” where he has been a cast member since 2003.

The new version of “Double Dare” premieres Monday with actress Liz Koshy as host, and with original host, Marc Summers on hand to give color commentary.