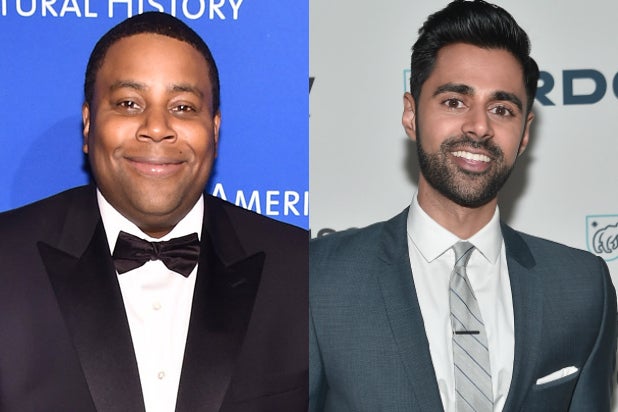 The decision reverses the course set in 2019, when writer/historian Ron Chernow was brought in after Michelle Wolf’s jokes at the 2018 caused outrage.

“Kenan and Hasan are two of the most engaged and engaging entertainers in America.  I’m thrilled they’ll help us celebrate the role of a free press in our democracy,” said a statement from Jonathan Karl, ABC News’ chief White House Correspondent, who also serves as president of the association. “We’re looking forward to a lively evening honoring the most important political journalism of the past year.”

When it was announced that the association would not feature a comedy performer at the 2018 dinner, President Donald Trump, who has not attended the event during his time in the White House, responded on Twitter: “So-called comedian Michelle Wolf bombed so badly last year at the White House Correspondents’ Dinner that this year, for the first time in decades, they will have an author instead of a comedian,” said Trump. “Good first step in comeback of a dying evening and tradition! Maybe I will go?”

Trump did not attend and is not expected to attend this year.

Minhaj previously hosted the White House Correspondents’ Dinner in 2017. It will be Thompson’s first time hosting. The previous “Saturday Night Live” cast member to host the annual fete was Cecily Strong in 2015.