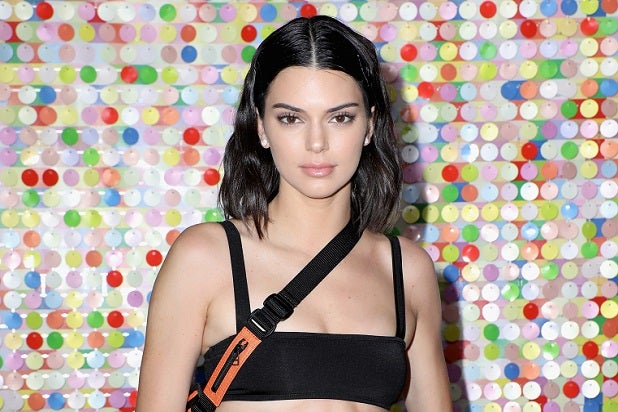 Thanks to her new “Pizza Boys Radio” venture, Kendall Jenner is getting served — with a lawsuit.

Jenner, Apple and DJ Daniel Chetrit are being sued over the internet radio show, saying that the name of his artist collective has been jacked.

In the suit, Robert Karaguezian — identified as the founder of the Los Angeles-based artist collective PIZZABOYZZZ — takes issue with the radio show and a corresponding Instagram account, saying that Jenner and Chetrit are trying to “specifically target the Plaintiff’s base and exploit the Collective’s unique themes, content and lifestyle with which the Mark has come to be associated.”

“Although [the PIZZABOYZZZ] Mark was initially associated with art and merchandise, the Plaintiff’s Instagram account has generated a following of more than 47,000 fans and customers, broadening the Mark’s reach into the entertainment sector,” the suit contends.

The suit adds that “fans of Jenner and Chetrit inevitably came upon the @pizzaboyzzz Instagram account thinking that it belonged to Chetrit or Jenner, only to learn that it was not associated with them. Because the fans believed Pizzaboyzzz to be owned by Jenner, they lashed out at the Plaintiff and created a record of seeming consumer dissatisfaction.”

The suit even says that PIZZABOYZZZ’s trademarked slogan, “In Crust We Trust,” has been “apparently misappropriated by the Defendants to further suggest a connection to the Plaintiff and the Mark’s goodwill.”

According to the suit, during the inaugural episode of “Pizza Boys Radio” on April 13,”Chetrit and Jenner professed their own uncertainty of what Pizzaboys represented,” but it was subsequently defined as a “collective,” a “lifestyle” and “the celebration of all our friends” — definitions that “mimicked the Plaintiff’s Instagram account’s presentation of PIZZABOYZZZ as an “Aer/Lifestyle/Movement” and as a “Crew Collective.”

TheWrap has reached out to representatives for Apple and Jenner for comment on the suit.

Alleging trademark infringement and other counts, the suit is seeking an injunction preventing the defendants from using “the Plaintiff’s PIZZABOYZZZ trademark or any confusingly similar mark,” as well as the “In Crust We Trust” slogan, as well as unspecified damages.