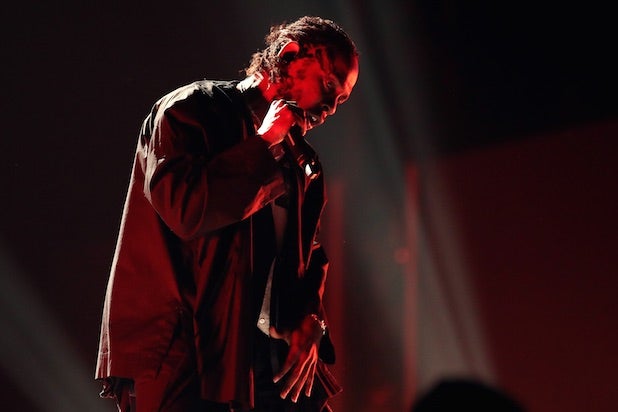 Kendrick Lamar and SZA will not perform the Oscar-nominated song “All the Stars” from “Black Panther” at the Oscars ceremony on Sunday, a representative for the Academy told TheWrap.

And further, the song will not be performed at all during the show, even by another duo or group.

Lamar has been traveling abroad, and a person familiar with the situation told TheWrap that while Lamar’s camp was in talks with the Academy to try and make the performance happen, it was a conflict of logistics and timing that ultimately prevented him from appearing.

Lamar also turned down an opportunity to perform at the Grammys this year, despite leading the awards with eight nominations, including “All the Stars” for Record of the Year and the soundtrack for “Black Panther” for Album of the Year.

Lady Gaga and Bradley Cooper are set to perform “Shallow,” Bette Midler will perform “The Place Where Lost Things Go” from “Mary Poppins Returns,” Jennifer Hudson will perform “I’ll Fight” from “RBG,” and Gillian Welch and David Rowlings will perform “When a Cowboy Trades His Spurs for Wings” from “The Ballad of Buster Scruggs.”

Queen, the subjects of “Bohemian Rhapsody,” will also perform along with Adam Lambert.

The Oscars take place this Sunday, Feb. 24 on ABC.