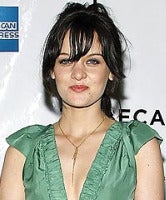 "Blue Mountain State" follows the Goats, a football team at a fictional Midwestern college. Kennedy, who was memorable as the drug dealer U-Turn during the second and third seasons of "Weeds," will play flashy new recruit Radon Randell.

Shaw signed on to play Mary Jo Cacciatore, described in the announcement as "the wild, sexy party-girl sister of the team’s mascot."

"Blue Mountain State" is produced by Brian Robbins of Varsity Pictures, Sharla Sumpter Bridgett and Lionsgate. Robbins has worked on a bevy of sports-related projects over the years including "Varsity Blues," "Coach Carter," "Summer Catch" and "One Tree Hill."