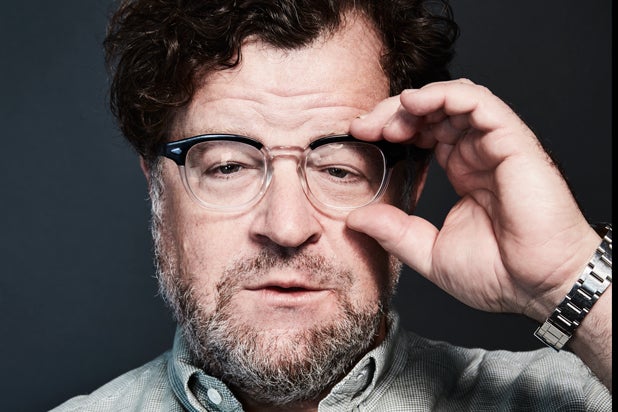 (Spoiler alert: In this interview, “Manchester By The Sea” director Kenneth Lonergan discusses two crucial scenes in the film.)

Those four simple words create the most devastating moment in Kenneth Lonergan’s “Manchester By The Sea.” On Tuesday, just after his film was nominated for six Oscars, Lonergan described the moment Boston janitor Lee Chandler (Casey Affleck) admits he can’t overcome his insurmountable guilt.

In that moment, he also realizes he has to take care of his nephew, Patrick (Lucas Hedges), who is going through a terrible loss of his own.

“It just seemed like the natural way the story went in the writing room, and it wasn’t a case where we were fishing around for different things,” said Lonergan, who earned nominations for his work both as director and screenwriter.”But what I really like about that scene is that it’s a scene in which Lee is admitting defeat, but it’s also a scene where Lee and Patrick really come to love each other.”

“So when Lee says ‘I can’t beat it,’ Patrick’s instinctual reaction is to embrace him lovingly for the first time in the movie. That was something that Casey and Lucas recognized instinctively.”

Sometimes, the most poignant scenes come not from what the characters say, but what they don’t. Such is the case with another moment late in the film where Lee unexpectedly encounters his estranged wife, Randi (Michelle Williams). As Randi tries to reach out to Lee and reconcile, Lee pushes her away. Soon they are talking over each other, with Lee repeatedly saying, “There’s nothing there.”

“When writing that scene, I tried as hard as I can to play both parts in my mind,” Lonergan said. “She’s trying to reach out to him and he’s trying to get out of the talk but not hurt her feelings by asking. So with a scene like that it’s less about what they’re saying and more about behavior and action. Once you understand that, it becomes easier to write the scene and for the actors to flesh it out.”