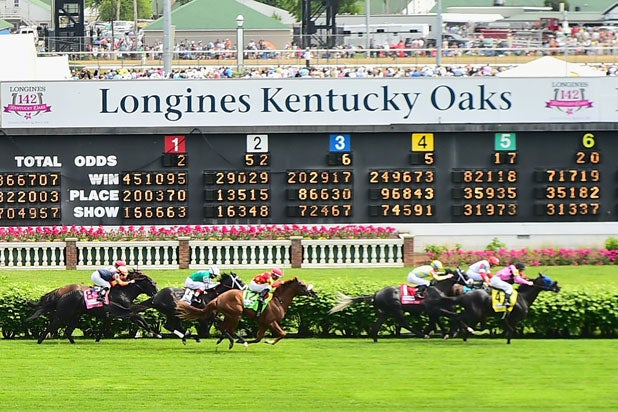 Nyquist may have beaten American Pharoah’s time at the Kentucky Derby, but the colt couldn’t top the Triple Crown winner’s TV ratings.

The world’s most famous equine-sprint peaked at 17.9 million total viewers from 6:45 to 7 p.m. ET — when Nyquist crossed the finish line. That was the same as last year’s top quarter-hour.

For the first time ever, NBC used the Derby as a lead-in for playoff hockey. It paid off to the tune of 4.164 million million viewers for the Pittsburgh Penguins-Washington Capitals Game 5 — the second-most watched non-Stanley Cup Final game in 23 years.

Below are the prior races’ ratings, along with year and network. Winners are listed on the far right.