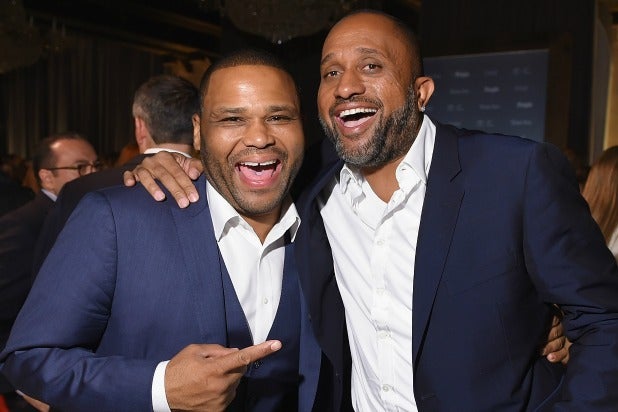 “Black-ish” creator Kenya Barris is leaving his longtime home at ABC, amid reports that he is heading on over to Netflix for one of those nine-figure pacts.

A representative for ABC Studios told TheWrap Friday that Barris’ overall deal with the studio — which was supposed to be good through 2021 — will terminate in August.

“I’m very grateful to Patrick Moran and his team at ABC Studios, who have supported me every step of the way as I created the worlds of black-ish, grown-ish, and now Besties,” Barris said in a statement. “It has been an incredible ride including a Peabody and Golden Globe win, Emmy nominations, and many other accolades. But most importantly, they’ve allowed me to realize my dream of creating my own shows and I’m so proud of the work we’ve done together. No matter what, the studio has never wavered in their support of my creative vision. Leaving is bittersweet, but between my series on the air and projects currently in development, I know I’ll continue to work with ABC Studios for a long time.”

An individual with knowledge of the situation tells TheWrap that, while Barris will remain an executive producer on all of his ABC Studios shows (“Black-ish” on ABC; “grown-ish” and the upcoming”Besties” on Freeform; as well as a few projects in development), Jonathan Groff and Kenny Smith will now take over as co-showrunners on “Black-ish.” Julie Bean will remain showrunner on “grown-ish.”

According to The Hollywood Reporter, sources say Barris is following in the footsteps of Shonda Rhimes and Ryan Murphy and eyeing a pricey overall deal with Netflix.

Last May, Barris and his production company Khalabo Ink Society extended their overall deal with the ABC Studios through 2021, on top of the three-year deal Barris signed with the studio in 2015. following the highly successful launch of his family comedy starring Anthony Anderson and Tracee Ellis Ross.

Representatives for Barris and Netflix did not immediately respond to TheWrap’s request for comment.

Reid Nakamura contributed to this story.