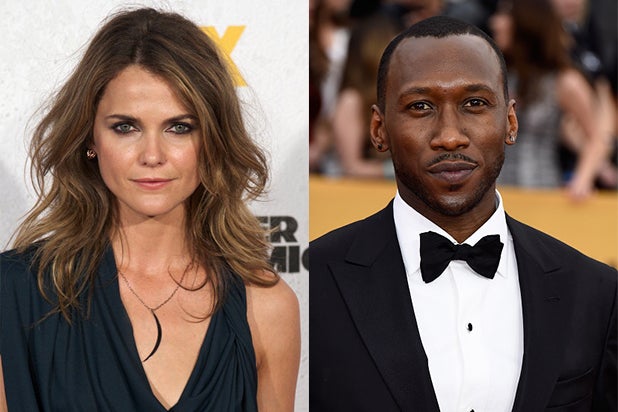 “Free State of Jones” is a historical action epic based on the true story of defiant Southern farmer Newt Knight (McConaughey) and his extraordinary armed rebellion against the Confederacy during the Civil War.

Russell is set to play Knight’s wife, Serena, while Ali will play Moses Washington, an escaped slave who becomes an integral ally of Knight’s rebellion against and secession from the Confederacy.

Scott Stuber and Jon Kilik are producing the flm with Ross, who is directing from his own screenplay. Production is currently under way in Louisiana.

Russell, who won a Golden Globe for “Felicity,” currently stars on FX’s critically acclaimed spy series “The Americans.” She recently starred opposite Jason Clarke in “Dawn of the Planet of the Apes.”

Ali plays Remy Danton on Netflix’s “House of Cards” as well as Boggs in “The Hunger Games: Mockingjay” movies. His other feature credits include “The Curious Case of Benjamin Button” and “The Place Beyond the Pines.”

Russell is represented by WME, the Burstein Company and attorney Robert Offer, while Ali is repped by WME and Anonymous Content and attorney Shelby Weiser.