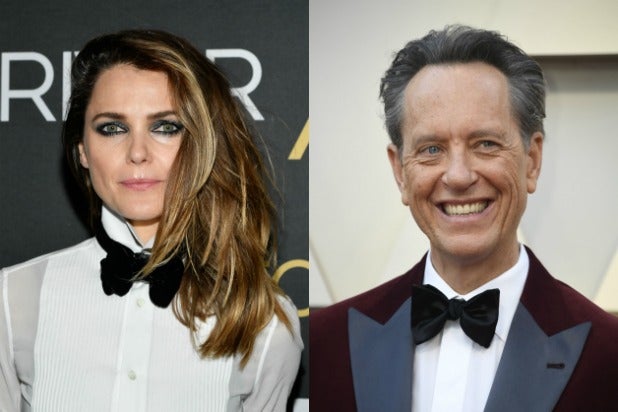 “Star Wars” fans finally have their first look at what Keri Russell and Richard E. Grant have been up to since they joined a galaxy far, far away for “The Rise of Skywalker.”

On Wednesday, Vanity Fair released tons of new images along with its cover story about “Episode IX” in the J.J. Abrams saga, including photos of Russell’s “masked scoundrel,” Zorri Bliss, and Grant as the villain Allegiant General Pryde. Very little is known about these two new additions to the “Star Wars” family for what will be the final chapter in this 42-year long story.

According to Vanity Fair’s report, “The Rise of Skywalker” will “finally bring to a climax the millennia-long conflict between the Jedi Order and the Sith.”

We already knew, of course, that pretty much everybody from “The Last Jedi” is back for this film, including Daisy Ridley as Rey, John Boyega as Finn, Oscar Isaac as Poe Dameron, Adam Driver as Kylo Ren, Kelly Marie Tran as Rose Tico, Domhnall Gleeson as General Hux, and so on.

Along with Russell and Grant, new faces include Dominic Monaghan and Naomi Ackie. Additionally, Billy Dee Williams will be popping up as Lando Calrissian for the first time in this new Disney era of “Star Wars” after Donald Glover played the character in the prequel “Solo: A Star Wars Story.”

See the pictures of Russell as Zorri Bliss and Grant as Allegiant General Pryde below.