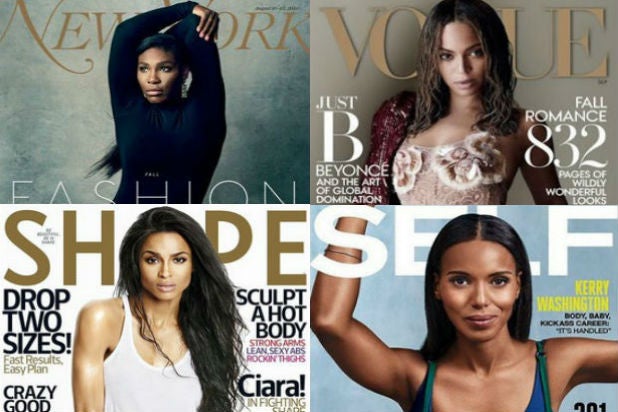 The September issue is traditionally the biggest and highest-selling issue for American monthly magazines with the largest number of ads heading into the fall season. For example, Vogue’s September issue features 832 pages.

The increased diversity comes on the heels of Maxim magazine putting Idris Elba on the cover of Maxim’s September issue, the first time a man has appeared on the magazine’s cover since it launched in 1995.

“With any black celebrity your color is no longer black. Your color is green,” magazine analyst Samir Husni told TheWrap. “They transcend race. For example, Serena Williams is not just playing tennis for black Americans.”

“This marks magazines continuing their role of reflecting society,” Husni continued. “The more celebrities attract a wide audience — black, white, hispanic — the more we are going to see them on the cover of magazines.”