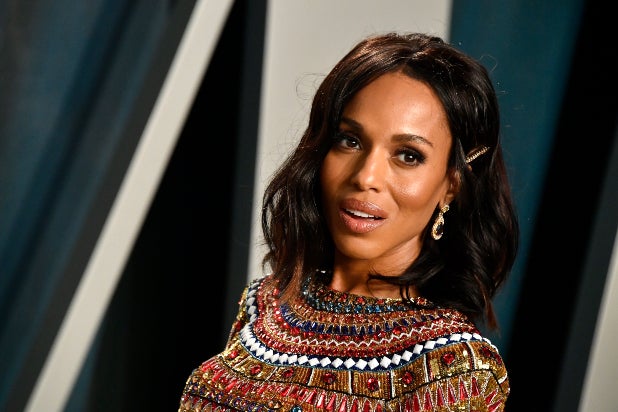 Washington and her Simpson Street production company will work on projects for broadcast, cable and streaming. Pilar Savone continues as Simpson Street’s executive vice president of production and development.

“Since its inception, Simpson Street has focused on using art and entertainment to amplify the human experience and weave narratives that honor our unique differences while connecting us through our shared humanity,” said Washington. “I’m so proud of the foundation we’ve laid, and I am excited to extend our partnership with Jonnie Davis and the extraordinary team at ABC Studios who have shared in our vision from the very beginning.”

Washington and Simpson Street are coming off multiple Emmy nominations Tuesday for Hulu’s “Little Fires Everywhere” and Netflix’s film “American Son,” for which Washington both starred and executive produced. She also got an executive producer nomination for ABC’s special “Live In Front of a Studio Audience.”

“Kerry has so much in common with her iconic character, Olivia Pope–she’s brilliant, talented and makes everything better,” said Jonnie Davis, President, ABC Studios. “From ‘Scandal’ to ‘Little Fires Everywhere,’ we’re consistently impressed by her incredible talent both in front of and behind the camera. She’s built a powerhouse team at Simpson Street, headed by the remarkable Pilar Savone. We’re proud and grateful they have made ABC Studios their creative home.”

Simpson Street recently put a series into development with Hulu, “Number One Chinese Restaurant,” an ensemble drama about a Chinese family’s obsession over legacy, power and money adapted from Lillian Li’s novel by the same name. The project has attached writer/director Jessica Yu, and Lillian Li to the drama about a beloved go-to restaurant inhabited by waiters and kitchen staff who have been fighting, loving, and aging within its walls for decades. When disaster strikes, this working family’s controlled chaos is set loose, forcing each character to confront the conflicts that fast-paced restaurant life has kept at bay.