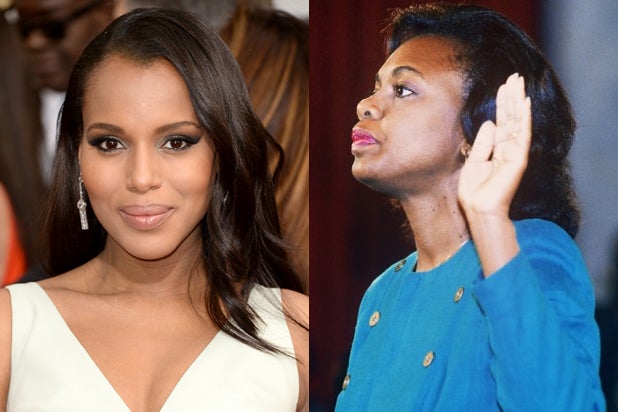 Kerry Washington has been tapped to star as Anita Hill in “Confirmation,” the upcoming HBO Films feature about the scandal-plagued nomination process of Supreme Court Justice Clarence Thomas, a spokesperson for the network told TheWrap.

Set in 1991, “Confirmation” follows Hill as she accuses Thomas of sexual harassment while he was being considered to replace Thurgood Marshall on the U.S. Supreme Court. Eventually she was called before Congress to testify that Thomas had harassed her while serving as her supervisor at the U.S. Department of Education and the Equal Employment Opportunity Commission.

Rick Famuyiwa (“The Wood”) is in talks to direct “Confirmation,” but a deal has not yet been reached.

Washington, who stars as political fixer Olivia Pope on ABC’s “Scandal,” is said to be going into production on the HBO movie while her series is on hiatus. She has also starred in several notable feature films, including “Django Unchained” and “Ray.”