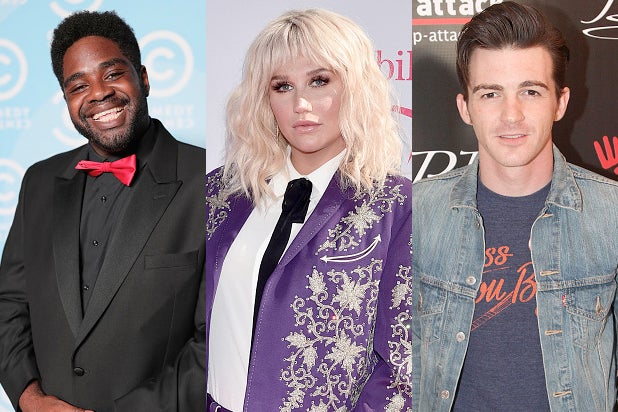 The “Tik Tok” singer will be joined by Drake Bell and Ron Funches in the comedy project from the Lehrer Boys.

“Highly Gifted” is a semi-autobiographical show based on the Lehrer brothers’ years of being shunted to highly-gifted programs, where they existed in a precarious intellectual bubble within the larger school — an exotic and forbidden world, where people went on dates, attended sporting events, partied, and engaged in other exotic and mysterious rites and ceremonies.

Kesha will play Tess, described as a progressive activist who lectures everyone about income inequality and environmental justice from her parent’s immense mansion and six-car-garage; Bell will play Alan, a cheerfully supportive uber-dork who is always there with awful social advice for his best-bud, Dave; and Funches will voice Jerry, a nerd with enough sense to know that you have to bury your nerdy passion for clipper ships and Monty Python under a veneer of basketball lingo and high-fives.

“Highly Gifted” was packaged by CAA, who also represented the Lehrer Boys, Kesha and Funches. Bell is represented by Commercial Talent and Don Buchwald & Associates.