Kevin Bacon, whose name has become emblematic of show business connections, had only one scant theater contact when he left his Philadelphia area high school to pursue acting in New York — but he built on it to become one Hollywood’s busiest actors. Bacon, who appears with Renee Zellweger in “My One and Only,” opening Friday, and is up for an Emmy for his starring role in HBO’s “Taking Chance,” points to two jobs he didn’t take as turning points in his career. He spoke with Eric Estrin about channeling “smarmy,” choosing New York over Hollywood and the myth of the big break.

When I was a teenager, I did as much theater around Philadelphia as I possibly could — community theater, school plays and stuff. But when I got out of high school I said OK, I’ve gotta get out of here, I’ve gotta get to New York. 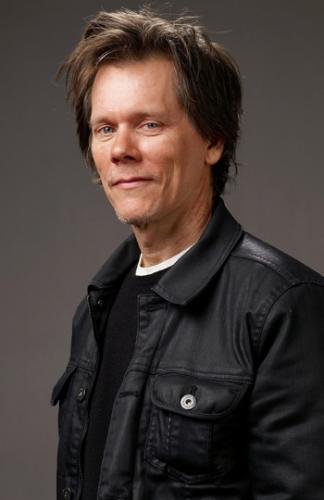 I auditioned for Circle in the Square’s theater school. They had a two-year program that I was able to get into, and I came to New York with a suitcase and a dream kind of thing. I knocked on doors, dropped pictures and resumes off, worked as a waiter off and on for four years, you know, pounded the pavement.

I didn’t have any connections at all. Actually, wait — now that I think about it, I had a cousin who directed a children’s theater tour around the Springfield, Massachusetts, area, and she called me up and cast me in an Equity show. So I got an Equity card, which was a huge thing. That enabled me to go on open Equity calls.

In a strange kind of way, I’ve always felt that “the big break” is a bit of a myth. For me it was all baby steps. I was eventually able to get into a showcase, which got me an agent, who got me a small part in a show off-Broadway.

Then I got “Animal House,” which was amazing. A casting director came to Circle in the Square and said, Do you have any preppie, freshman, wet-behind-the-ears types, and they sent me over. I only had one or two lines, which I read for John Landis. I remember he said to me, Can you make a smarmy face? I had no idea what smarmy meant, so I made a face that I thought was what smarmy sounded like. It was like onomatopoeia. They called me back and then called me up in my apartment one night and said I had the job.

I was there for seven weeks because I had a lot of scenes in the background, even though I didn’t have many lines. I played this guy named Chip Diller, one of the asshole bad guys.

When the movie came out, they made a series out of it, and they asked me to be in the series. And there was a three-line part in a play in New York at an off-off Broadway theater. And the play was only gonna run for two weeks; it was just a workshop production. And I said to my agent, I just think I should stay in New York and do this play. I really loved New York, and I really, really wanted to stay here. I felt like New York itself, just the city, was really going to be a big part of who I was going to become.

It was that moment that I decided to stay in New York and turn that series down and do this play that was kind of a seminal moment in my life.

The play ended up actually running for six months, so having a job for that long was just huge. And at the same time, I was doing work on some of the soaps, where I’d gone in and read and hadn’t gotten the part, but they’d tossed me some work as an extra, and that was good. That was like 90 bucks for the day, and the hours weren’t long.

Eventually, I was able to get onto “The Guiding Light,” and I did that for a year, so I was able to stop waiting tables and really just be an actor.

After I’d been on the show for a year, they asked me to extend my contract for another two years. Again, it was one of those moments when I thought, OK, now I’m on a soap, now I’m making some money, more money than I’ve ever made; I can do theater at night; I’m in New York; why wouldn’t I extend this contract for two years?

And something just didn’t feel right about it. Something just felt like, I can’t get too settled. I’m a person with a restless mind. And I thought, I’m too young to make life this easy and to just take this money and stay on this soap opera.

People were like, You’re out of your mind. I mean, why would you turn this down? I had no other work. My agent thought I was crazy.

Then, about a week after my contract ended and I said goodbye to everybody, I auditioned for “Diner.”