Not far from Oracle Arena where the Golden State Warriors play in Oakland, California, prisoners at San Quentin State Prison have formed their own team of warriors, leading a basketball league of convicts that are helping to reform even the toughest of criminals.

“Basketball is all I’ve ever had,” one prisoner says in the exclusive first trailer for the documentary film. “I’m not locked up, I’m not caged up. I’m not in prison. This is where I’m free.”

“Q Ball” follows the lives of the San Quentin Warriors — teammates and inmates at “The Q,” California’s San Quentin State Prison. A prisoner explains that each week, free men from outside prison come into San Quentin to compete with the convicts. What’s surprising is that many of these convicts are playing ball at the level of NBA athletes, but have never gotten the chance to make something of themselves.

But “Q Ball” also looks at how the basketball league has offered an avenue for prisoners to reform and find new paths as some are prepared for release. It explores the inmates’ personal struggles as they search for redemption and transcendence both on and off the court.

Durant and other members of the Golden State Warriors have visited the players at San Quentin, and their trips there helped kickstart the documentary.

“My first visit to San Quentin with my teammates was an unforgettable experience that moved me and made me want to bring it to a larger audience,” Durant said in a statement. “This film shines a light on these individuals, their struggles and their connection through basketball.”

Emmy and Peabody Award-winning director Michael Tolajian (“30 for 30: Once Brothers”), who is now SVP for Fox Sports Films, directs “Q Ball.” It’s the fifth documentary in Fox Sports Films’ Magnify series, which has since won two Sports Emmy Award nominations for “Outstanding Long Sports Documentary” since it launched in November 2017.

Watch the exclusive first trailer for the film above, and see the poster below: 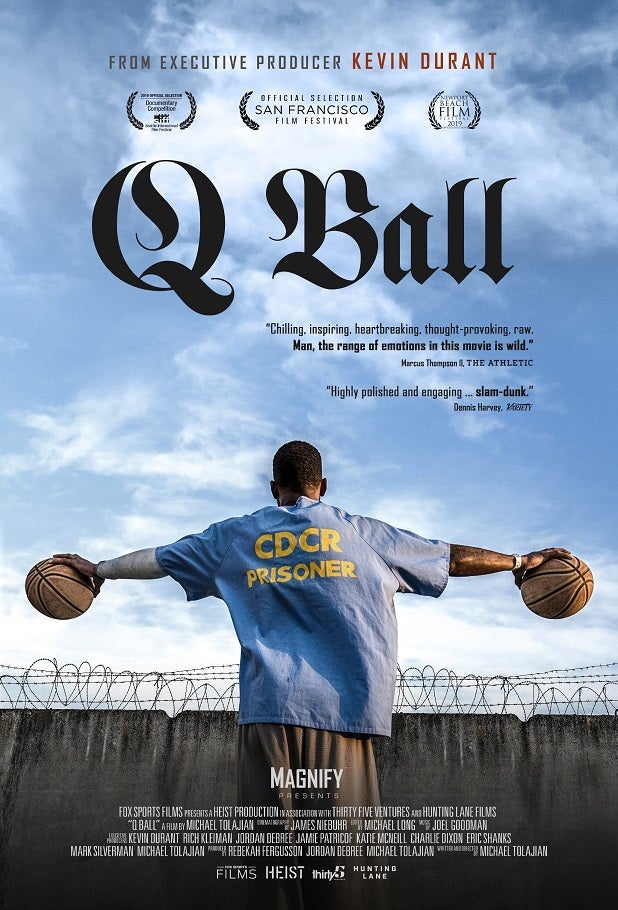