Kevin Hart says far too many comedians have a competitive “crab-in-a-barrel mentality,” but Dave Chappelle is an exception.

Hart defended Chappelle and his controversial Netflix special “The Closer” in a new interview with The New York Times.

The “Ride Along” star described his close friend as a “brother,” and said Chappelle has been a supporter of the LGBTQ community — despite criticism that the “Chappelle Show” star’s comments in “The Closer” were homophobic and transphobic. 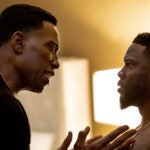 Chappelle has been on the hot seat since “The Closer” began streaming on Netflix Oct. 5. The Emmy-winning comic sparked anger for his comments about the LGBTQ+ community, particularly transgender individuals when he made comments like, “Gender is a fact. Every human being in this room, every human being on Earth, had to pass through the legs of a woman to be on Earth.”

The special includes a mention of Hart, who lost his job hosting the 2019 Academy Awards amid controversy over resurfaced homophobic tweets. Hart told The Times he understands what Chappelle is going through.

“The difference in what I went through: I learned a lesson in ego. My ego blinded to me where I couldn’t see what the real thing was about. My ego had me thinking: You want me to apologize? I already did. This is 10 years ago. Why are you asking like this is me, now, when I said these things?” he said. 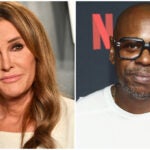 As for Chappelle, Hart insists his friend’s comments in “The Closer” have been misinterpreted.

“With Dave, I think the media have an amazing way of making what they want a narrative to be. Within this conversation attached to Dave, nobody’s hearing what his attempt is,” he said. “They’re hearing a narrative that’s been created… Everybody needs to come down off the soapbox and get to a place of solution.”

Despite calls for Netflix to remove “The Closer” from the platform — which it has not — and a walkout at the Netflix offices in Hollywood, Hart believes efforts to cancel Chappelle have gone too far.

“You can find a joke tasteful or distasteful,” he said. “If you’re a supporter of a performer, then you’re probably OK with whatever’s happening. And if you’re not a fan, you’re infuriated and you’re outraged. Rightfully so — you have every right to be. You also have a right to not support it. But the energy that’s put into wanting to change or end someone, it’s getting out of hand.”