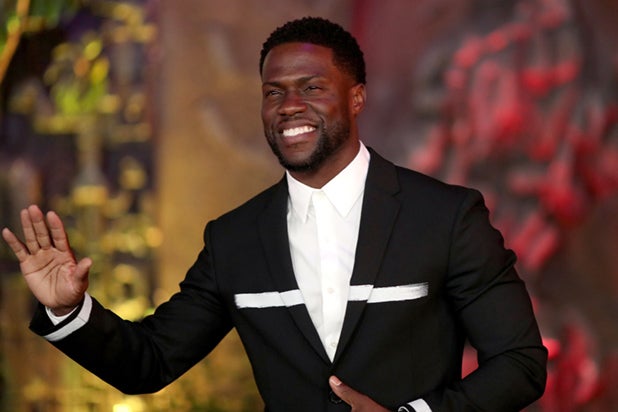 For years I have been asked if I would ever Host the Oscars and my answer was always the same…I said that it would be the opportunity of a lifetime for me as a comedian and that it will happen when it’s suppose to. I am so happy to say that the day has finally come for me to host the Oscars. I am blown away simply because this has been a goal on my list for a long time….To be able to join the legendary list of host that have graced that stage is unbelievable. I know my mom is smiling from ear to ear right now. I want to thank my family/friends/fans for supporting me & riding with me all this time….I will be sure to make this years Oscars a special one. I appreciate the @TheAcademy for the opportunity ….now it’s time to rise to the occasion #Oscars

Hart has expressed interest in hosting the ceremony in the past and is coming off of several box office hits with “Night School,” “Jumanji” and “Central Intelligence.” In 2016 Hart hosted the MTV Movie and TV Awards with co-star Dwayne Johnson.

Late-night host Jimmy Kimmel has hosted the Academy Awards for the past two years, with ratings for the broadcast having declined in each year, hitting a record low of 26.5 million viewers tuning in last March.

The Academy has vowed to improve the awards show, taking dramatic steps to overhaul the annual ceremony by adding a category designed to salute “outstanding achievement in popular film” — though it’s not being introduced this year — and planning to shorten the awards telecast’s length by presenting some Oscars during the commercial breaks and moving the 2020 Oscars to Feb. 9, the weekend after the Super Bowl.