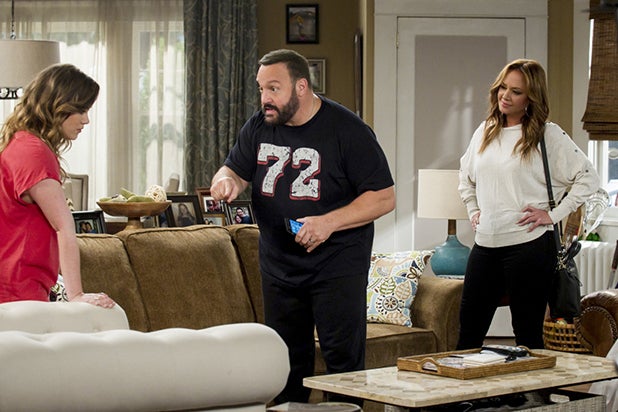 Kevin James has some pointers for Leah Remini on how to master the art of the selfie.

Remini shared a video to Twitter on Monday of her “Kevin Can Wait” co-star providing his suggestions for how she can improve the photos of herself that she posts to social media.

In footage recorded on the set of the CBS comedy, James gave his best impression of Remini posing for the camera. He described her glamorous look, “Hair is blown, and then the wind is blown and stuff like that, but you never look like that [normally].”

He then offered his impression of what he considers to be Remini’s typical facial expression. When she asked if that’s how she should pose for selfies, James replied, “Yeah, why not? Because it’s more realistic — it’s how you look. … People want to know what you’re really like.”

Remini joined the show as Vanessa for Season 2 to replace previous female lead Erinn Hayes (Donna), whose character was killed off in the show’s September return. Remini previously starred with James on CBS’ “King of Queens.”

@officialkevinjames on… how I should and should not take pictures for social media @kevincanwaitcbs tonight at 8 pm on @cbs pic.twitter.com/59MjLDzGJ8