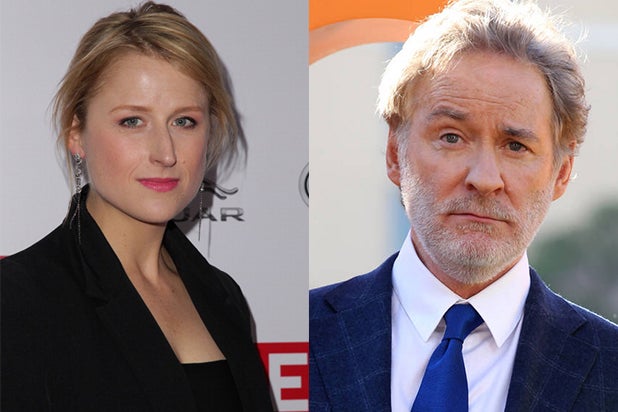 Kevin Kline and Mamie Gummer are in negotiations to star opposite Meryl Streep in Jonathan Demme‘s “Ricki and the Flash,” multiple individuals familiar with the Sony project have told TheWrap.

Jonathan Demme (“The Silence of the Lambs”) is directing from a script by fellow Oscar winner Diablo Cody. Marc Platt and Mason Novick are producing the film, which hits theaters on June 26, 2015. It will be the first release from Tom Rothman’s TriStar Productions.

Streep stars as a rock ‘n’ roll-loving woman who chased her dreams at the cost of her family, but gets a chance to put things right.

Kline is in negotiations to play Ricki’s forgiving ex-husband Pete, while Gummer is in talks to play the Oscar-winning duo’s confrontational daughter Julie.

When Julie gets divorced from her cheating husband, Pete asks Ricki to visit Chicago and help their daughter through a difficult time.

As a two-year-old child, Gummer appeared alongside her mother in Mike Nichols’ 1986 dramedy “Heartburn,” though she hasn’t shared the screen with Streep since blossoming into a formidable leading lady in her own right, having already anchored her own network TV show.

Kline recently starred in CBS Films’ hit comedy “Last Vegas” and the indie drama “The Last of Robin Hood.” He voices a recurring character on the popular animated series “Bob’s Burgers,” and just wrapped “My Old Lady” with Maggie Smith and Kristin Scott Thomas. The film will be released on Sept. 10 in New York City.

Kline, who won an Oscar for “A Fish Called Wanda,” previously starred opposite Streep in the 1982 drama “Sophie’s Choice.” He’s represented by CAA and Berwick & Kovacik.

Gummer has had recurring roles in HBO’s “John Adams,” Showtime’s “The Big C” and CBS’ “The Good Wife,” and her feature credits include Steven Soderbergh’s “Side Effects,” Ang Lee’s “Taking Woodstock” and Lasse Hallstrom’s “The Hoax.” She recently wrapped the Jennifer Aniston movie “Cake” and James Ponsoldt’s indie “The End of the Tour,” which stars Jason Segel as “Infinite Jest” author David Foster Wallace. She’s repped by CAA and Anonymous Content.