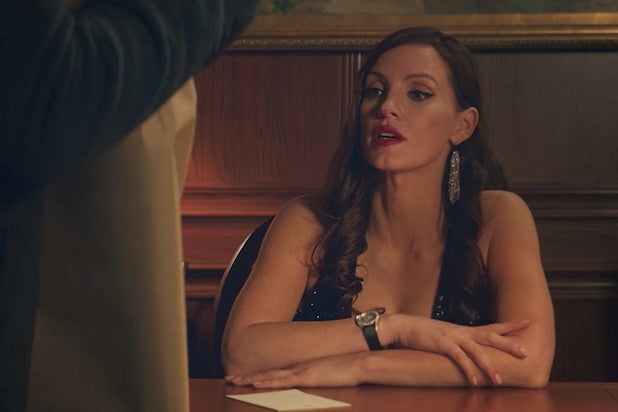 The former Kev‌in Spacey film “All the Money in the World” has been replaced by Aaron Sorkin’s “Molly’s Game” in the closing-night slot of the AFI Fest.

“MOLLY’S GAME will be the Closing Night Gala for AFI Fest and screen along with a tribute to Aaron Sorkin on Thursday, November 16 at 8:30 p.m.,” AFI Fest announced via its Twitter account on Sunday.

“Molly’s Game” had previously been scheduled to screen Sunday at 6:30 p.m. and Tuesday at 3 p.m.

“All the Money in the World” from was pulled from the AFI Fest roster on Nov. 6, in light of allegations of sexual misconduct against Spacey.

“‘All the Money in the World’ is a superb film and more than worthy of its place of honor in the AFI Fest. But given the current allegations surrounding one of its actors and out of respect for those impacted, it would be inappropriate to celebrate at a gala at this difficult time. Accordingly, the film will be withdrawn,” TriStar said in a statement.

In its own statement last week, AFI said, “AFI FEST celebrates film as a collaborative art form. We support Sony’s decision to postpone the premiere in order to ensure the thousands of people who worked together on this film are honored at a proper time and in a proper light.”

Last week individuals with knowledge of the situation told TheWrap that Spacey has been cut from Ridley Scott’s completed “All the Money in the World.”

Scott has chosen Christopher Plummer to fill in for Spacey in the Sony Pictures release, where he portrayed mogul J. Paul Getty. Reshoots will commence immediately, one of the insiders said, and Scott insists the film will make its planned Dec. 22 limited opening.

“All the Money in the World” also stars Mark Wahlberg, Michelle Williams and Timothy Hutton. It was directed by Ridley Scott and tells the story of the kidnapping of John Paul Getty III when he was 16 years old.

Also Read: Kevin Spacey Cut From Completed 'All the Money in the World,' Christopher Plummer to Replace