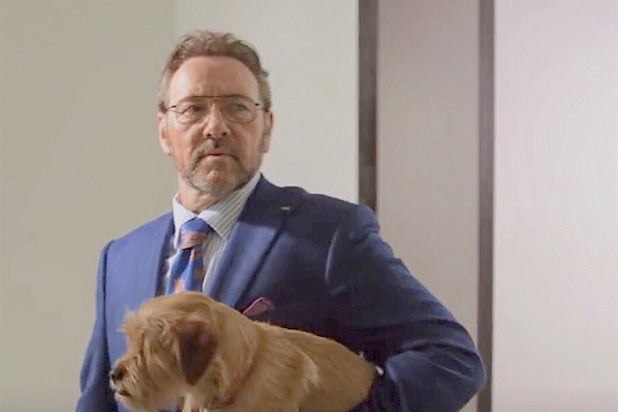 Kevin Spacey’s latest film, “Billionaire Boys Club,” has earned the lowest box office opening of the year, making just $287 from 10 screens in its first two days in theaters, according to an individual with knowledge of the numbers.

To break it down, it brought in $126 on its opening day and an additional $162 on Saturday. If the current national ticket price average of $9.27 is used, that means that no more than 31 people bought tickets to see the crime drama.

Filmed in 2015 and released with no publicity following a VOD release last month, “Billionaire Boys Club” was one of Spacey’s final projects before he was hit with over two dozen sexual misconduct accusations. Actor Anthony Rapp was the first to come forward, others followed, including members of the crew of the Netflix show “House of Cards” and by anonymous accusers who called a hotline set up by London’s Old Vic Theatre, where Spacey was artistic director for 11 years. Spacey is now under investigation by Scotland Yard for six of those accusations.

As for “Billionaire Boys Club,” Vertical Entertainment said in a statement in June that they would move forward with the film’s release, noting that Spacey’s role is a supporting one.

The film tells the true story of a group of trust fund boys in ’80s Los Angeles who run a Ponzi scheme to make their own money and create a lavish lifestyle for themselves. But when a con artist named Ron Levin — played by Spacey — swindles them out of $4 million, the club soon turns to murder to get their money back.

“We don’t condone sexual harassment on any level and we fully support victims of it. At the same time, this is neither an easy nor insensitive decision to release this film in theatres, but we believe in giving the cast, as well as hundreds of crew members who worked hard on the film, the chance to see their final product reach audiences,” Vertical said in their statement.

The film has been panned by critics with a 13 percent Rotten Tomatoes score, and none of the 10 screens the film was released on are located in Los Angeles or New York. It’s by far the worst opening of Spacey’s box office career, which peaked in 2006 with the $52.5 million start of “Superman Returns.”