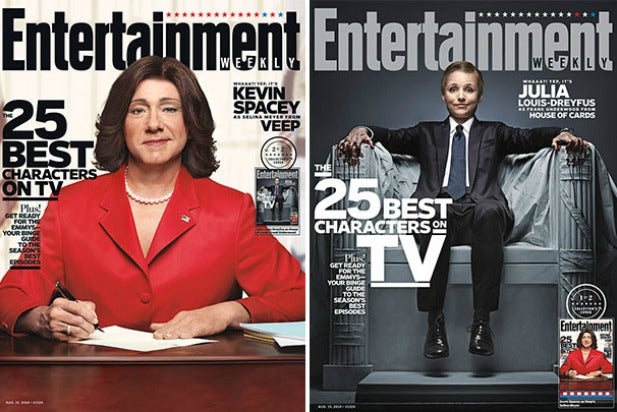 “Veep” star Louis-Dreyfus took on the part of Spacey’s Frank Underwood for one cover, while “House of Cards” lead Spacey played Louis-Dreyfus’s Selina Meyers for an alternate version. Both kind of look better in their original roles.

Also read: ‘Veep’ Star Tony Hale on Why Julia Louis-Dreyfus Tries to Mess Him Up (Video)

EW persuaded the actors to switch for an issue about the 25 greatest characters on TV.

Spoiler warning: Meyer and Underwood have more in common than the vice presidency. Both of their characters ascended to the Oval Office in their most recent seasons. Of course, the photos of them cross-dressing may shock their more conservative constituents.