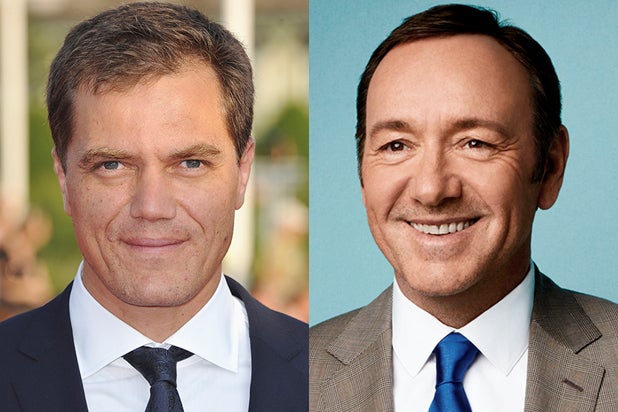 Kevin Spacey and Michael Shannon have been set to star in “Elvis and Nixon,” the historical drama based on a real meeting between the King of Rock and onetime President of the United States.

Shannon is set to play Elvis Presley and Spacey portrays Richard Nixon in the film to be directed by Liza Johnson from a script by Cary Elwes and Hanala and Joey Sagal.

“Elvis and Nixon” recounts the morning of December 21st 1970, when Presley showed up on the White House lawn to request a meeting with the most powerful man in the world. He had a very urgent request: to be sworn in as an undercover Federal Agent at large. This intimate moment in the Oval office between two men at the height of their powers has never been told before.

“After the enormous success of ‘The Butler’ I have a deep affection for films set in the White House as does the public,” said Elwes in a statement. “To work with Shannon and Spacey on this movie at the height of their careers is a dream come true.”

Prescience is financing the film which Bloom will introduce to foreign buyers at AFM.