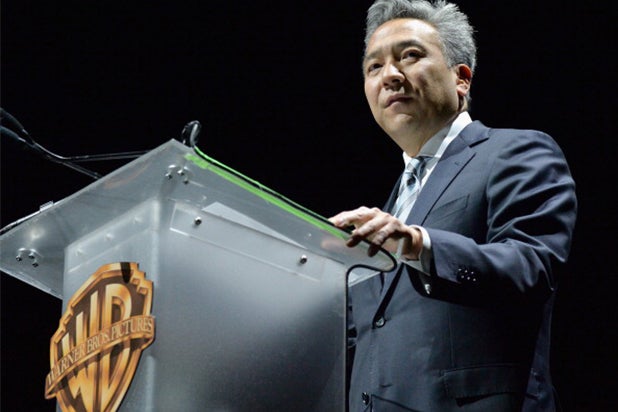 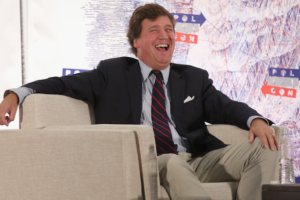 After Kevin Tsujihara’s Ouster, What’s in Store for Warner Bros.?

“Warner has no captain on a shaky ship,” one analyst says

It was all good just two weeks ago: WarnerMedia had just announced it was solidifying its ranks and Kevin Tsujihara was set to take on an expanded role as the studio’s chairman and CEO.

In a moment of nostalgia and celebration, Tsujihara and his wife, Sandy, greeted with a bear hug former Time Warner boss Jeff Bewkes and his girlfriend Lisa Carco at a dinner in Brentwood. The warm hug meant a certain passing of the torch, and an affirmation that with all the changes from AT&T’s $85 billion acquisition that Tsujihara had emerged intact, with even more power.

But in the aftermath of a The Hollywood Reporter article detailing a sexual relationship with actress Charlotte Kirk and an ongoing investigation into that relationship, Tsujihara has stepped down, sparking questions about the future of Warner Bros. as the studio prepares for its new life under its new telecom owner.

“This causes issues. This guy was doing pretty well,” said Ross Gerber, CEO of media investment firm Gerber Kawasaki. And just as the studio begins its transition, he added, “Warner has no captain on a shaky ship.”

Warner Bros. is at a critical juncture as AT&T takes the reins. And investors may now question the lack of stability at the company’s new entertainment division which has seen the abrupt exit of not only Tsujihara but also longtime HBO boss Richard Pleper and Turner president David Levy.

“It’s fair to say the development is quite surprising, to say the least, coming so soon after the leadership shakeup at WarnerMedia — and especially for reasons unrelated to the reorganization,” CFRA Research analyst Tuna Amobi said.

The THR story on March 6 came two days after WarnerMedia announced Tsujihara would continue to lead Warner Bros.’ film, television and games operations and add a new Global Kids & Young Adults business to his purview. The new business would bring together the family, kids and animation efforts from across WarnerMedia, which include Cartoon Network, Adult Swim and Boomerang. Warner Bros. would also be home to Otter Media, which AT&T acquired last August, Turner Classic Movies and all activities around licensed consumer products development for WarnerMedia properties.

To most appearances, the studio had been doing well under Tsujihara. For the last three years, the Burbank studio has been No. 2 in market share, behind only Disney. In 2017, Warner Bros. crossed the $2 billion mark at the domestic box office and finished last year just shy of that mark, with $1.94 billion in ticket sales.

“At this point they’re almost running on cruise control. It’s like a big train that’s already moving,” one knowledgeable executive at a rival Hollywood studio said. “They’re in great shape. The marketing is great, the franchises are great — ‘Aquaman’ and ‘Wonder Woman’ righted a lot of the wrongs at DC. They just need to figure out Batman, but I think they’re really in great shape.”

As part of its leadership announcement earlier this month, WarnerMedia said that former NBC Entertainment chairman Bob Greenblatt would join the company as chairman of WarnerMedia’s entertainment and direct-to-consumer businesses, overseeing HBO, Turner and the upcoming streaming service.

Following WarnerMedia’s announcement that Tsujihara would take on a larger role, the then-studio head sent a memo to staff assuring them that recent moves and leadership changes at parent company WarnerMedia will “fully maximize our companies’ assets and efforts.”

Also Read: Read Kevin Tsujihara's Memo to Staff: 'Became Clear My Leadership Could Be a Distraction'

“While change is never easy, a realigned WarnerMedia will be better-positioned, better-resourced and better able to compete on all fronts,” Tsujihara said in the email. “We are literally entering a new chapter in our company’s history.”

It’s unclear how Tsujihara’s exit changes any of WarnerMedia’s plans. The company is expected to announce an interim team to lead the studio’s operation on Tuesday. It’s likely that motion pictures group chairman Toby Emmerich and television group president and CCO Peter Roth, the two highest ranking executives at Warner Bros.’ film and TV divisions, will step into that role at least temporarily.

As for who would take the helm at the studio long term, it’s too early to tell. Warner Bros. has yet to begin its search for a successor, however industry insiders suggest Fox film chief Stacey Snider would be the most likely candidate once Disney’s $71.3 billion acquisition of Fox’s film and TV entertainment assets closes later this week.

“Given Tsujihara’s extensive background across film/TV verticals, I can’t immediately think of a potential successor to fill the void,” Amobi said in an email. “However, I wouldn’t be surprised if the Warner Bros. studio ends up reporting directly into Robert Greenblatt — much like Turner and HBO (post-reorganization) — though the sprawling studio seems like the one area that could use an industry veteran, especially on the film side (perhaps akin to Disney).”

The Hollywood studio executive told TheWrap that while Snider makes the most sense, even Emmerich would be good for the job if Warner Bros. wanted to promote within. “He’s such a creative. I don’t know if it’s the right move, but he could definitely do it,” the executive said.