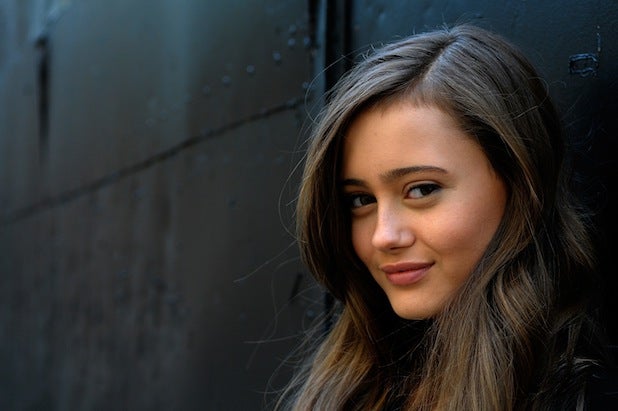 Seventeen-year-old British actress Ella Purnell has replaced India Eisley as a younger version of Angelina Jolie‘s title character in “Maleficent,” according to an individual familiar with the Disney project.

The casting switch, first noticed on IMDb by UpAndComers.net, a result of the recent reshoots that took place over eight days and addressed the opening of the film, which establishes young Maleficent’s role in the hierarchy of a peaceful forest kingdom.

Veteran production designer Robert Stromberg made his directorial debut with the film, though Disney turned to its “Saving Mr. Banks” filmmaker John Lee Hancock to be on set for the reshoots, as he helped write new pages of the big-budget tentpole’s script.

Disney is scheduled to release “Maleficent” on May 30, 2014, the same day Universal releases Seth MacFarlane’s Western comedy “A Million Ways to Die in the West,” which is his follow-up to “Ted.”